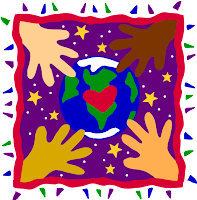 April 22 marks the anniversary of what is considered by many to be the birth of the environmental movement in 1970, when 20 million Americans took part in rallies from coast to coast to protest pollution, pesticides, wildlife extinction, and other environmental issues. The first Earth Day was the impetus for the creation of the United States Environmental Protection Agency and the passage of the Clean Air, Clean Water, and Endangered Species Acts, according to the Earth Day Network's website.

Earth Day is currently coordinated globally by the Earth Day Network, and celebrated  in 192 + countries annually [Wikipedia]. Additionally, in 2009, the UN established April 22 as International Mother Earth Day, adopting by consensus a resolution spearheaded by the Bolivian government, including President Evo Morales Ayma.

Why not celebrate Earth Day with one of the latest books in the catalog focusing on the environmental movement and/or sustainability issues?  We have movies too!


Before the Lights Go Out: Conquering the Energy Crisis Before It Conquers Us by Maggie Koerth-Baker

The Man Who Planted Trees: Lost Groves, The Future of Our Forests, and a Radical Plan to Save Our Planet by Jim Robbins

Green Illusions: The Dirty Secrets of Clean Energy and the Future of Environmentalism by Ozzie Zehner

Zapped: Why Your Cell Phone Shouldn't Be Your Alarm Clock and 1,268 Ways to Outsmart the Hazards of Electronic Pollution by Ann Louise Gittleman

The Pure Cure: A Complete Guide to Freeing Your Life From Dangerous Toxins by Sharyn Winters [eBook only in our catalog]

Toxic Free: How to Protect Your Health and Home from the Chemicals That Are Making You Sick by Debra Lynn Dadd

Prefabulous + Almost Off the Grid: Your Path to Building an Energy-Independent Home by Sheri Koones

Plastiki: Across the Pacific on Plastic - An Adventure to Save Our Oceans by David de Rothschild [eBook only in our catalog]

On a Farther Shore: The Life and Legacy of Rachel Carson by William Souder

Plastic-Free: How I Kicked the Plastic Habit and How You Can Too by Beth Terry

Mr. Hornaday's War: How a Peculiar Victorian Zookeeper Waged a Lonely Crusade for Wildlife that Changed the World by Stefan Bechtel

In Pursuit of Giants: One Man's Global Search for the Last of the Great Fish by Matt Rigney

Wildlife Heroes: 40 Leading Conservationists and the Animals They are Committed to Saving by Julie Scardina and Jeff Flocken

Flow: For Love of Water

Revenge of the Electric Car

Houston, We Have a Problem: Life, Liberty, and the Pursuit of Cheap Energy

Heavy Water: A Film for Chernobyl

Last Chance to See: Animals on the Verge of Extinction

Earth Day on EPA.gov
EPA.gov suggests Pick Five: Choose at least 5 actions you’ll commit to. Use less water and electricity, commute without polluting, reuse and recycle, and more.
Posted by abcreader at 12:01 PM