Magazine Articles that Became Something More 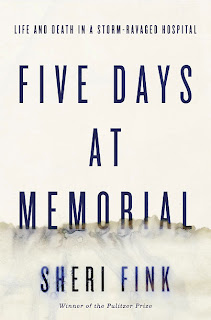 It may surprise you to know that several books and movies have been made based on articles published in national magazines and newspapers.  Here are a list of books and movies (and in some cases both!) that were published or produced after the success of a magazine article.  Most of these titles are available to check out.

The Butler: A Witness to History by Wil Haygood
In 2008, just after the presidential election of Barack Obama, The Washington Post published an article called, "A Butler Well Served by this Election", by Wil Haygood.  Five years later a book and movie based on the article was released.

The Bling Ring
This film, directed by Sofia Coppola is based on a Vanity Fair article by Nancy Jo Sales called "The Suspects Wore Louboutins".  It stars Emma Watson, and Leslie Mann.

Argo
The book this movie is inspired by is Argo: How the CIA and Hollywood Pulled Off the Most Audacious Rescue in History by Antonio J. Mendez and Matt Baglio, but before the book was published, an article by Joshuah Bearman called "How the CIA Used a Fake Sci-Fi Flick to Rescue Americans from Tehran" appeared in a 2007 issue of Wired.

Dog Day Afternoon
"The Boys in the Bank" by P.F. Kluge was an article that appeared in Life magazine in 1972.  It was the basis for the movie directed by Sidney Lumet.

Bernie
After the success of his article, "Bernie" which was published in Texas Monthly in 1998, writer Skip Hollandsworth co-wrote the screenplay of the movie, which stars Jack Black and Shirley MacLaine.

Saturday Night Fever
Suprisingly, this iconic film was based on a New York Magazine article written by Nik Cohn called "Tribal Rites of the New Saturday Night", about the disco craze sweeping the nation.  Vincent, the main character of the article became the basis for John Travolta's character, Tony Manero.  In 1997 Nik Cohn admitted to making up the entire article, and the all the people who appeared in it.


You can research newspaper and magazine articles by visiting ABC Library's research data bases.  Check out Newsbank, or Academic One File to get started.