Cory Doctorow is a science fiction author, activist, journalist and blogger -- the co-editor of Boing Boing and the author of young adult novels like Pirate Cinema and Little Brother, nominated for the 2008 Hugo, Nebula, Sunburst and Locus Awards, and novels for adults like Rapture of the Nerds and Makers. In 2007, Entertainment Weekly called him, "The William Gibson of his generation." He is the former European director of the Electronic Frontier Foundation and co-founded the UK Open Rights Group. Born in Toronto, Canada, he now lives in London.
~from his website

Cory Doctorow, who famously allows his novel Little Brother to be downloaded for free, comes to town today, and as a celebration here's a tantalizing glimpse of some of the works from his oeuvre:

Content: Selected Essays on Technology, Creativity, Copyright, and the Future of the Future

Down and Out in the Magic Kingdom

A Place So Foreign and Eight More: Stories 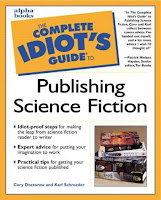 His short stories are featured in several anthologies, including:

Welcome to Bordertown: New Stories and Poems of the Borderlands 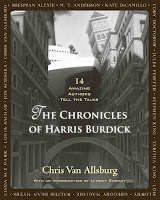 Wastelands: Stories of the Apocalypse

For a complete list of Cory Doctorow titles, take a peek at the library catalog!

Posted by abcreader at 1:15 PM