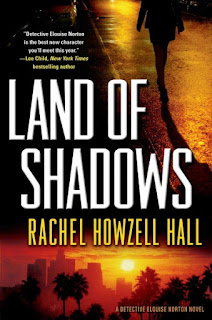 "I wanted to tell a story that hadn't been told," [Walter] Mosley said in an interview at the book festival, which is sponsored by The Times. "It's a whole period that's not talked about, not related to. It was harder then to be black. There was no upward mobility, until recently."

One of the elements altering literature, Mosley said, is the hunger for a broader range of American experiences from the reading public--a shift he applauds.


The We Need Diverse Books campaign's vision is "A world in which all children can see themselves in the pages of a book." But why stop there? The library hopes to "promote literature that reflects and honors the lives of all young people", and readers of all ages! We are mystery fans here at the blog, so we thought we'd begin by showing you some diversity in that genre.

Mystery authors such as Walter Mosley and Barbara Neely brought mainstream success to ethnically diverse mysteries in the 1990s, paving the way for increasing amounts of non-white detectives. Here's a smattering of the diverse detectives you can find in the library catalog.

Sex, Murder, and a Double Latte by Kyra Davis


One Red Bastard by Ed Lin


In the Heat by Ian Vasquez

Summer of the Big Bachi by Naomi Hirahara

The Salaryman's Wife by Sujata Massey

Deception On All Accounts by Sara Sue Hoklotubbe

In the Heat of the Night by John Ball [LP]

Diversity of Series Character [Stop, You're Killing Me]

'American Indian Mysteries': A Crossover Genre Not Quite There [Dancing Badger]