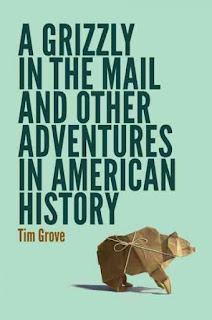 Dictionary.com defines a museum as "a building or place where works of art, scientific specimens, or other objects of permanent value are kept and displayed." This post asks, how did museums get here? Who decides what is museum-worthy? Museums record history, but they also have a history as an institution, and some of those institutions, dare we say it, have skeletons in their closets. We're trying to explore some unusual collections and look at the history of museums in a new light. The items that follow cover such topics as: the immense collection of medical oddities that would later form the basis of Philadelphia's Mütter Museum; how one museum [the Yale Peabody] changed ideas about dinosaurs, dynasties, and even the story of life on earth; an insider's tour of some of the most interesting moments in American history, culled from 20 years of museum experience; a textual and visual history of civilian, military, and commercial aviation from the earliest balloon flights to today's most advanced aircraft; an exploration of human remains as objects for research and display in the late nineteenth and early twentieth centuries; a detailed and at times surprising picture of the institutional and social forces that both drove and inhibited racial justice in New York's museums*.


Dr. Mutter's Marvels: A True Tale of Intrigue and Innovation at the Dawn of Modern Medicine by Cristin O'Keefe Aptowicz


House of Lost Worlds: Dinosaurs, Dynasties, & the Story of Life On Earth by Richard Conniff

Sex in the Museum: My Unlikely Career at New York's Most Provocative Museum by Sarah Forbes

5 Pointz, An Historical Journey: A Journey into the History of the World Renowned Graffiti Museum That Was Known as 5Pointz [DVD]

Mounting Frustration: The Art Museum in the Age of Black Power by Susan E. Cahan

A Little Gay History: Desire and Diversity Across the World by R.B. Parkinson

Also take a look at some curiously curated collections online!

Do you have a favorite unusual museum or can you recommend a book that looks at museums from a different angle? Let us know in the comments!

And, if you are a museum fan, don't forget to check out our Museum Discovery Pass Program!

*all book descriptions are from the library catalog

This looks fascinating. Thanks for such an original post!