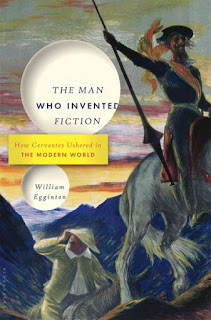 2016 marks the 400th anniversary of the death of the author Miguel de Cervantes. We'd like to celebrate his achievements - Cervantes was a novelist, poet, and playwright, and is thought by many to be the greatest writer in the Spanish language. His best-known work, Don Quixote, is considered to be the first modern novel.

Here's a little list of some recent and interesting items from the library catalog related to Cervantes and Don Quixote that we hope you will find entertaining, whether you are a fan or are new to his work. Have you read Don Quixote? What did you think? Let us know in the comments!

Quixote: The Novel and the World by Ilan Stavans


The Man Who Invented Fiction: How Cervantes Ushered In the Modern World by William Egginton

The Secret Life of Stories: From Don Quixote to Harry Potter, How Understanding Intellectual Disability Transforms the Way We Read by Michael Berube

The Graphic Canon, Volume 1: From the Epic of Gilgamesh to Shakespeare to Dangerous Liaisons edited by Russ Kick

Lost in La Mancha  [DVD]
This film tracks maverick filmmaker Terry Gilliam's madcap mission to film "The Man who killed Don Quixote". He struggles to complete his masterpiece, all the while beset by obstacles of such epic proportions that not even Hollywood could have concocted them.