Novels and Memoirs About Polygamy 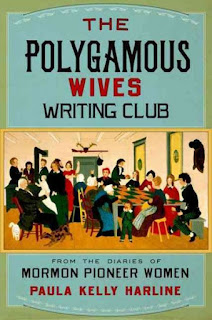 
Polygamy in America is mainly associated with the early history of the Mormon Church and considered to be a quaint artifact of church history that was jettisoned in 1890 when LDS President Wilford Woodruff delivered the Manifesto ending plural marriage. Utah became a state in 1896 after what Latter Day Saint church historians refer to as "The Great Accommodation". However, this decision rocked the foundations of families unwilling to discontinue the practice. The Church of Jesus Christ of Latter-Day Saints is usually thought of in terms of the mainstream church in Utah, but even during its' formative years, had hundreds of splits and schisms.

This complicated issue revolves around legal, economic, and social factors that push the limits of religious freedom and thwart the civil rights of women and children in the United States. Polygamist communities scattered through Utah, Idaho, Arizona, Wyoming, Montana, South Dakota, Texas, Nevada, and further north in Bountiful, British Columbia have existed since the 1890's. Polygamists settled in Mexico and created their own colonies that experienced a descent into murderous cult insanity courtesy of the infamous Ervil LeBaron, who targeted a rival polygamist sect called The Apostolic United Brethren and had their leader Rulon Allred assassinated. Ervil LeBaron didn't hesitate to kill his own family members who wouldn't bend to his demented will. Following the deaths of the five LeBaron brothers, residents of Colonia LeBaron settled into peaceful prosperity after a generation of violence subsided, but then had to deal with new threats, such as being targeted for kidnapping and extortion by the local drug cartels.

While some polygamists try to maintain their privacy, others have taken their message to reality TV after HBO's drama Big Love ended. (What used to be) The Learning Channel (TLC) broadcasts Sister Wives and the now cancelled My Five Wives, which extols a pro-polygamy message through the gritted-teeth smiles of plural wives claiming that polgamy has many benefits. TLC, in an effort to present another perspective also aired the short-lived reality series, Escaping the Prophet, hosted by activist Flora Jessop who struggled for years to extricate her younger sister Ruby Jessop from an arranged marriage. A&E also airs a reality series called Escaping Polygamy, which features escaped young women trying to help others leave the notorious Kingston Clan, who have been targeted by the state of Utah for decades, due to fraud and blood curdling abuse of women and children.

Fundamentalist Mormon groups keep making headlines through the crimes of leaders like Warren Jeffs who made the FBI's Ten Most Wanted List for performing and partaking in child marriages until he was arrested while on the run with one of his 80 wives. Jeffs also sent his followers to Eldorado, Texas, where they constructed a Waco-style composed of displaced women and children who had been separated from their families in Arizona and Utah. In a showdown between the FLDS and local law enforcement, numerous atrocities and abuses came to light, but in the end, the state of Texas backed down and returned the children to their community. Jeffs is serving a life sentence for a multitude of crimes, including marrying the twelve-year-old daughter of his former bishop and now convict Merril Jessop.

In current headlines, Winston Blackmore, a fundamentalist Mormon leader in Bountiful, British Columbia is on trial for polygamy and the human trafficking of underage "brides. Blackmore who is married to 26 women and the father of 108 children is attempting to turn the tables on prosecutors with a constitutional challenge to Canadian polygamy laws.

For a history of  Mormon polygamy, I recommend reading Jon Krakauer's extraordinary book Under the Banner of Heaven: A Story of Violent Faith and private investigator Sam Brower's book Prophet's Prey: My Seven Year Investigation Into Warren Jeffs and the Fundamentalist Church of Latter Day Saints. Brower has helped former members leaving the FLDS get justice against criminal activities. The topic of polygamy encompasses more than marriages between a man and multiple women, but the underlying issues are the toll the practice takes on women's emotions, the pressure on men to provide for multiple families, and the abuse and neglect children suffer due to the practice.

These isolated fundamentalist splinter groups developed a culture of secrecy and a persecution complex that fostered exploitation and abuse of their isolated members. As this religious subculture of America comes into the light, the publishing world has taken note of these events and given survivors of these famous families a platform to share their stories.

Amity and Sorrow by Peggy Riley

A Circle of Wives by Alice LaPlante

Down From the Mountain by Elizabeth Fixmer

For Time and All Eternities by Mette Ivie Harrison

I Love You More by Jennifer Murphy

A Killing In Zion by Andrew Hunt

The 19th Wife by David Ebershoff

The Lonely Polygamist by Brady Udall

Riders of the Purple Sage by Zane Grey

A Serpent's Tooth by Craig Johnson

The Polygamist's Daughter by Anna LeBaron

Predators, Prey, and Other Kinfolk: Growing Up In Polygamy by Dorothy Allred Solomon

Shattered Dreams: My Life As a Polygamist's Wife by Irene Spencer

The Sound of Gravel: A Memoir by Ruth Wariner

Stolen Innocence: My Story of Growing Up In a Polygamous Sect, Becoming a Teenage Bride, and Breaking Free of Warren Jeffs by Elissa Wall