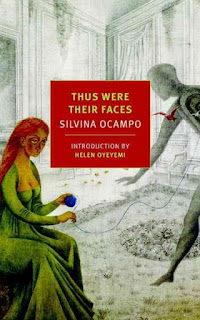 Back in February, we posted about Book Riot's Read Harder Challenge. Anyone still working on it? We've hit some stumbling blocks on a couple of the tasks - if you've checked out the discussions on the Goodreads challenge page, you'll see a lot of chatter, particularly on Task # 21 (read a book published by a micropress). We're still working on that one, so we'll concentrate on Task # 4 - Read a book set in Central or South America, written by a Central or South American author.

We were slightly confused at first, as a couple of the links Book Riot posted to help with finding titles for this task listed Latin American authors, which includes authors from Mexico and Cuba - not, according to Wikipedia, considered part of Central or South America (except Mexico, in one UN geoscheme). We are going by the letter of the law, as it were, for the purposes of this task, and sticking to fiction by authors from South and Central America only. Researching the titles to make sure they are also set in South or Central America has added another wrinkle to the process, as some of the authors have relocated - to Spain or the United States, primarily - and also write based on experiences not in their country of origin.

We feel pretty confident that readers will be familiar with some of the most famous authors of Central and South America - Gabriel García Márquez, Isabel Allende, Jorge Luis Borges, Julio Cortázar, Mario Vargas Llosa, Roberto Bolaño, Paulo Coelho spring to mind - but how about some you might not have heard of? Here's a list of some we hope might surprise you, from Nicaragua, Colombia, Argentina, Brazil, and Uruguay. Titles are translated works unless otherwise noted.


Thus Were Their Faces: Stories by Silvina Ocampo

The Scroll of Seduction by Gioconda Belli [Spanish]


Dona Flor and Her Two Husbands: A Moral and Amorous Tale by Jorge Amado

Things We Lost in the Fire by Mariana Enríquez  [Spanish]

The Hour of the Star by Clarice Lispector

A Crack in the Wall by Claudia Piñeiro [eBook]