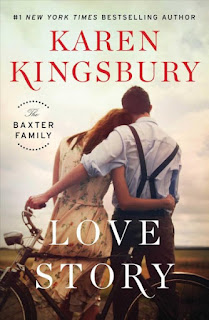 Stories of Christian allegory have been rife throughout European literary history. What is catalogued as Christian fiction at your local library "does not have to involve an actual event or character in Bible history. A novel can be Christian in this sense merely because one of its characters either comes to a Christian understanding of God and of man's need for salvation from sin, or faces a crisis of his or her faith." What the genre and its most renowned publishers, such as Tyndal House, Zondervan, WaterBrook, Love Inspired, and Howard Books, have in common is a strict standard for content - as one publisher proclaims on its website, to it seeks to "minister to the spiritual needs of people, primarily through literature consistent with biblical principles" or, as another says, it publishes "...books that seek to intensify and satisfy a reader’s elemental thirst for a deeper relationship with God." As Deborah Bryan put it at the 2009 Mountain Plains Library Association/Kansas Library Association conference, in the handout for her presentation "Books For the Soul," authors writing for these publishers must "accept the infallible authority of the Bible; address life’s dilemmas through faith in Jesus; and believe that Jesus is divine, died, and rose again for the sins of humankind and that he will return again as a judge and a warrior. There are often certain 'taboos' or offensive content that [the authors] are not allowed to write about." There is a stereotype that Christian fiction is "popular with a certain readership, mostly white, female, and coming from an evangelical Protestant background," but there are countering claims that readers "love this genre because it quenches their inner thirst for knowledge, spiritual guidance, and, yes, entertainment" and that CF has started to embrace diversity, both in characters and storylines, and there has been significant genre crossover from CF's many subgenres - historical, romance (both contemporary and historical), mystery/suspense, literary fiction, legal thrillers, Amish.

It has been suggested that there has been a decline in the market for Christian fiction in the past few years - some companies have stopped publishing it altogether, or slimmed down their output - but mass market production for the genre continues to be strong. So show your support for CF by checking out some of these authors, available in the library catalog:

If you'd like more suggestions, consider checking out the Christy Awards! This annual award, program of the Evangelical Christian Publishers Association (ECPA), is given to "honor Christian novels of excellence, imagination, and creativity." The award takes its name from Catherine Marshall's 1967 classic of the genre, due to be re-released this year. An alternative is the Carol Awards, awarded annually by the American Christian Fiction Writers to recognize "the best Christian fiction published in the previous calendar year." Also try the ACFW's Fiction Finder site.