He Reads, She Reads, Teens Read: Romance Recommendations for Skeptics 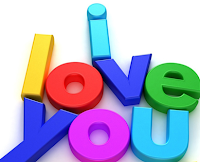 Romantic fiction has a bad reputation in some quarters.  While many are devoted readers of romances, there is much scorn out there for the modern romance, particularly the kind with the lurid "bodice-ripper" picture on the cover.  However, no less than the illustrious Jane Austen is considered a pioneer of the genre, and romantic fiction comes in many forms.  Booklist's Kaite Mediatore Stover suggests that "Unexpected love in unusual places with unlikely people can make for fine romance and rewarding reading" and another Booklist writer, David Wright, asserts that "most guys enjoy a good love story, especially if it doesn’t proclaim itself too blatantly, sidling in under cover of some other topic or milieu, such as war, history, or humor".  Here's a list of some Booklist recommendations of recent romantic fiction that you might not have considered for men, women, & teens.  Give them a try - you might actually enjoy yourself!

The Coldest Night by Robert Olmstead

The Various Flavors of Coffee by Anthony Capella

The Song is You by Arthur Phillips

The English American by Alison Larkin

The Memory Palace by Mira Bartók

The Scrapbook of Frankie Pratt by Caroline Preston

The Boy on Cinnamon Street by Phoebe Stone

Every Day by David Levithan

Keeping the Castle by Patrice Kindl

The Story of Us by Deb Caletti

Why We Broke Up by David Handler