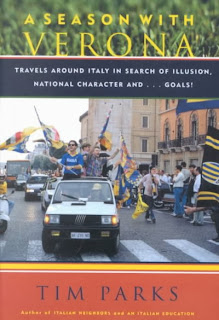 Are you a sports fan? Perhaps you'd like to spend some time de-stressing during the silly season by curling up with books that allows you to relive some of the greatest games of your favorite sport, or read about some of the finest athletic competitions you didn't get to see.  Whether it's football, baseball, basketball, or beyond, we've compiled a list of titles for sports history fans of all stripes! However, if you know a title we've missed, feel free to add it in the comments.

The Best Game Ever: Giants vs. Colts, 1958, and the Birth of the Modern NFL by Mark Bowden

The Glory Game: How the 1958 NFL Championship Changed Football Forever by Frank Gifford ; with Peter Richmond

The Games That Changed the Game: The Evolution of the NFL in Seven Sundays by Ron Jaworski, with Greg Cosell and David Plaut

The Catch: One Play, Two Dynasties, and The Game That Changed the NFL by Gary Myers [eBook]

A Game of Brawl: The Orioles, the Beaneaters, and The Battle for the 1897 Pennant by Bill Felber [eBook]

Bottom of the 33rd: Hope and Redemption in Baseball's Longest Game by Dan Barry

Game Six: Cincinnati, Boston, and the 1975 World Series: The Triumph of America's Pastime by Mark Frost

The Greatest Game: The Yankees, the Red Sox, and the Playoff of '78 by Richard Bradley

The Last Great Game: Duke vs. Kentucky and the 2.1 Seconds That Changed Basketball by Gene Wojciechowski

Strokes of Genius: Federer, Nadal, and the Greatest Match Ever Played by L. Jon Wertheim [eBook]

The War by the Shore: The Incomparable Drama of the 1991 Ryder Cup by Curt Sampson  [eBook]

The Greatest Fight of Our Generation: Louis vs. Schmeling by Lewis A. Erenberg [eBook]

Hell on Two Wheels: An Astonishing Story of Suffering, Triumph, and the Most Extreme Endurance Race in the World by Amy Snyder

The Giro d'Italia: Coppi versus Bartali at the 1949 Tour of Italy by Dino Buzzati

Home and Away: One Writer's Inspiring Experience at the Homeless World Cup by Dave Bidini [eBook]

The Story of the World Cup by Brian Glanville

The Girls of Summer: The U.S. Women's Soccer Team and How It Changed the World by Jere Longman

A Season with Verona: Travels Around Italy in Search of Illusion, National Character and - Goals! by Tim Parks

And The Crowd Goes Wild: Relive the Most Celebrated Sporting Events Ever Broadcast by Joe Garner

1941, The Greatest Year in Sports: Two Baseball Legends, Two Boxing Champs, and the Unstoppable Thoroughbred Who Made History in the Shadow of War by Mike Vaccaro

The Boys in the Boat: Nine Americans and Their Epic Quest for Gold at the 1936 Olympics by Daniel James Brown

Showdown at Shepherd's Bush: The 1908 Olympic Marathon and the Three Runners Who Launched a Sporting Craze by David Davis