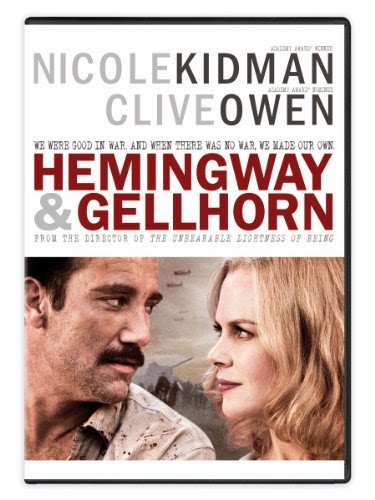 In honor of Ernest Hemingway's 115th birthday (July 21st), the beginning of the Spanish Civil War (July 17, 1936 - Hemingway and his third wife, Martha Gellhorn, were both journalists in Spain during the war) and the 2012 movie Hemingway & Gellhorn (now available in the library catalog), we offer you this list of titles that we hope will pique your interest.

The Breaking Point: Hemingway, Dos Passos, and the Murder of José Robles by Stephen Koch

Hemingway: The 1930s by Michael Reynolds

The Selected Letters of Martha Gellhorn edited by Caroline Moorehead

Guernica: The Biography of a Twentieth-Century Icon by Gijs van Hensbergen

Homage to Catalonia by George Orwell

The Sisters: The Saga of the Mitford Family by Mary S. Lovell