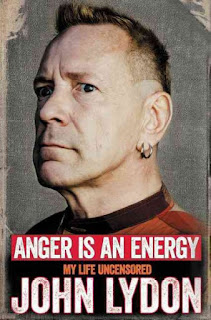 What is punk? Simply put, a music genre with a heyday in the 1970s, but also, culturally, an anti-establishment movement rooted in freedom of expression.  A lot of people have embraced punk, from fashion designer Vivienne Westwood to musician Billie Joe Armstrong to actor Noomi Rapace.  Musicians like Robert Smith, Kurt Cobain, Jack White, Beth Ditto, Florence Welch, Sufjan Stevens,and Moby have all talked about the impact punk played on their lives. Here's a few quotes from some of the major players of punk in an attempt to encapsulate the movement:

Questioning anything and everything, to me, is punk rock.
~Henry Rollins

Punk was originally about creating new, important, energetic music that would hopefully threaten the status quo and the stupidity of the 1970s.
~Jello Biafra

People forget the punk thing was really good for women. It motivated them to pick up a guitar rather than be a chanteuse.  It allowed us to be aggressive.
~Siouxsie Sioux

To me, punk is about being an individual and going against the grain and standing up and saying 'This is who I am.'
~Joey Ramone

I never wanted to go back and relive the glory days; I just wanted to keep moving forward. That's what I took from punk.  Keep moving.  Don't look back.
~Paul Simonon

We recently saw an internet meme that showed a picture of punk rockers Ian MacKaye and Henry Rollins (as they look today) with the caption "Punk rock is not dead. It is, however, graying, balding, and going to bed at a much more reasonable hour..." With that on our minds, and the recent memoirs published by Patti Smith (M Train) and Carrie Brownstein (Hunger Makes Me A Modern Girl) in the library catalog, and with a little help from the folks at Book Riot, we thought it might be a good time to revisit the history of one of our favorite genres. Here's some items dealing with history of punk from the library catalog:


From the Velvets to the Voidoids: A Pre-Punk History For a Post-Punk World by Clinton Heylin [eBook]


Girl In a Band: A Memoir by Kim Gordon


Punk Rock Blitzkrieg: My Life as a Ramone by Marky Ramone with Richard Herschlag


Dancing with Myself by Billy Idol

Anger Is an Energy: My Life Uncensored by John Lydon


Punk Rock, So What?: The Cultural Legacy of Punk edited by Roger Sabin [eBook]


The Story of Punk and Indie by Matt Anniss (J)


The Punk Singer: A Documentary Film About Kathleen Hanna


The Decline of Western Civilization Collection
(See the Penelope Spheeris' "crucial, compelling statement of the most significant and influential youth movement and musical transformation of the past 3 decades" at The Guild Cinema November 20-21!)

We Are the Best!


For more punk, try a subject search of "Punk rock musicians" or "Punk culture". You can even find some fiction with punk rock themes, like Jennifer Egan's A Visit From the Goon Squad, I Am China by Xiaolu Guo, The Unnoticeables by Robert Brockway, Tyler McMahon's How the Mistakes Were Made, The Predictions by Bianca Zander, and The Listeners by Leni Zumas.