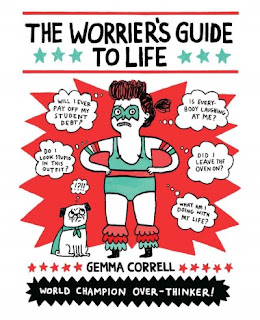 What is adulting? The linguistics journal American Speech has offered up these definitions:

1. to behave in an adult manner; engage in activities associated with adulthood
2. to make someone behave like an adult; turn someone into an adult

The internet is full of adulting memes, from "Who do I speak to about quitting adulthood?" to "That horrifying moment when you're looking for an adult, then realize you're an adult. So you look for an older adult, someone successfully adulting...an adultier adult," not to mention "Being an adult is basically a Choose Your Own Adventure book, but every choice sounds terrible" and "So it turns out adulting is mostly just Googling how to do stuff" and "I have decided I no longer want to be an adult. So if anyone needs me, I'll be in my blanket fort...coloring." You can get stickers for your adulting achievements - "I paid my bills on time!" - and some places are offering adult summer camps with events like digital detoxes and throwback parties for those who want to escape the stresses of everyday life.

Author and adulting pundit Kelly Williams Brown has a blog wherein she takes you through the "steps" of adulting, which include Wear Your Stupid Seatbelt (#237), Your Stress is Not a Real Thing to Anyone But You (#228), Carry At Least $10 in Cash On You (#221), and Grocery Shop and Meal Plan Like a Champ (#173); they might not be the perfect ground rules for adulting, but, she says, "I can tell you that I feel more in control and more happy when I know I’m taking the small steps to assure that I am running my life in at least a semi-orderly way."

There's a strong backlash to the idea of adulting; journalists for Cosmopolitan and Jezebel have both spoken out against the trend. "'Adulting' implies that being an adult is not a necessary part of growing up, but rather a life choice you're hesitant to fully buy into. It's a singularly Millennial — especially female, at that — immaturity that reduces being a grown-up to a hobby," fumes Danielle Tullo.  Madeleine Davies scolds:


Adulting is a term most often used when a person fulfills a basic prerequisite of adulthood and wants to feel special—or, worse than that, be charmingly self-deprecating—about it. We can all recognize that being an adult is hard. We can also recognize that there are legitimate challenges to modern adulthood that didn’t exist 50 years ago...it’s time to put aside your need to feel special and praised and simply do your adult diligence without putting a cute word on it. Pay your bills, clean your rented apartment (because you’re too poor to own, obviously), and show up to work on time. Or don’t, and face the consequences.

There are some wry internet memes that express this viewpoint, too, like "Adulting just means taking care of yourself so an actual adult doesn't have to" and "Another fine day ruined by responsibility."

What's your take on adulting? Journalist Christine Birkner admits "Every generation has, to some extent, felt like it's faking it at grown-up life," which we totally agree with. Do you think adulting is limited to millennials, and mostly female millennials? We could argue that every generation has had its "adulting" dropouts, it's just that it's never been talked about so much - we've met plenty of folks over the years (men included) whose mothers bought their clothes or did their laundry long after they left home, and who could have used some tips on how to "adult" on their own. It seems like millennials do like to feel "special", but sometimes it's a relief to find out that you're not alone, not the only one who can't get your finances together or who needs an incentive to eat right and exercise or who is not Julia Child in the kitchen. There's things about adulting that are too cutesy, or just trying to sell us more stuff, but we like the idea that we're in this together, trying to make sense of this world, even if we don't feel as together about growing up as our parents made it look.

Here's a few books about adulting from the library catalog - some offer more guidance and some more laughs, so we've split them up accordingly.

Adulting: How to Become a Grown-Up in 468 Easy(ish) Steps by Kelly Williams Brown

Don't Worry, It Gets Worse: One Twentysomething's (Mostly Failed) Attempts at Adulthood by Alida Nugent [eBook]

Grace's Guide: The Art of Pretending to Be a Grown-Up by Grace Helbig


The Art of Asking by Amanda Palmer

The Funny Side of Adulting


Hyperbole and a Half : Unfortunate Situations, Flawed Coping Mechanisms, Mayhem, and Other Things That Happened by Allie Brosh


The Worrier's Guide to Life by Gemma Correll


Adulthood Is a Myth: A "Sarah's Scribbles" Collection by Sarah Andersen

How to Grown-Up: Books That Will Teach You To Be an Adult [Book Riot]