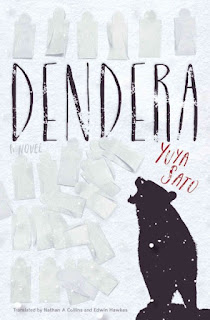 What is speculative fiction? One article says:

Speculative fiction is a term, attributed to Robert Heinlein in 1941, that has come to be used to collectively describe works in the genres of Science Fiction, Fantasy, and Horror... Speculative fiction can be a collective term to describe works of science fiction, fantasy, and horror and also addresses works that are not science fiction, fantasy, or horror, yet don't rightly belong to the other genres.


The term 'Speculative Fiction' was originally a "backronym" for the initials SF; at the time, during the New Wave Science Fiction movement of the 1960's, some writers felt that science fiction, or 'sci-fi,' was equated to flying saucers and rubber monsters, and wanted to distinguish themselves with a new genre label. ...Speculative Fiction can be applied to a work — correctly or incorrectly — in order to help it avoid the Sci Fi Ghetto; it can allow the more pretentious to believe that their favorite work is a proper 'literary' work with no connection to, and thus obvious superiority over that geeky science fiction or fantasy.


Margaret Atwood prefers the term "speculative fiction" to "science fiction" - you can read her reasoning in her book of essays, In Other Worlds: SF and the Human Imagination. Her friend and fellow writer Ursula K. Le Guin argues for "science fiction" over "speculative". Yet another article has author Juliet McKenna using the term speculative fiction, but turning the debate upside down by making the case for it being "considerably harder to write than literary fiction." You can also see a definition of the genre (with a helpful Venn diagram) on writer Annie Neugebauer's website. Where do you stand on this issue? Let us know in the comments!

You can find some sci-fi and fantasy booklists in our Booklists for Adults and Teens LibGuide, but here are some recommended series by female authors and some must-read titles from around the globe for you!

Madeleine L'Engle -Time Quintet
Start with: A Wrinkle In Time


The Three-Body Problem by Cixin Liu


The Rabbit Back Literature Society by Pasi Ilmari Jääskeläinen


The Core of the Sun by Johanna Sinisalo

From the Earth to the Moon by Jules Verne

The Carpet Makers by Andreas Eschbach


The Woman in the Dunes by Kobo Abé [eBook]


Hard-Boiled Wonderland and the End of the World by Haruki Murakami [audiobook, eBook]

The Master and Margarita by Mikhail Bulgakov


The Dead Mountaineer's Inn : One More Last Rite For the Detective Genre by Arkady and Boris Strugatsky


The Map of Time by Félix J. Palma

100 Must Read Works of Speculative Fiction in Translation [Book Riot]