Beyond Austen: Fiction Inspired by the Classic Novels 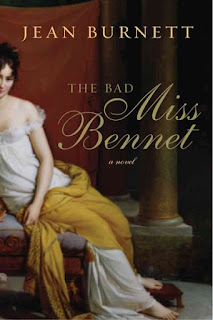 To be one with Jane Austen! It is a contradiction in terms, yet every Jane Austenite has made the attempt.
~E. M. Forster, "Jane Austen: The Six Novels"

Jane Austen only completed 6 novels.  It's a sad truth to those who love her writing. They are, in order of composition: Northanger Abbey; Sense & Sensibility; Pride & Prejudice; Mansfield Park; Emma; & Persuasion, with Persuasion and Northanger Abbey published posthumously. (Recent years have seen publication of some her juvenilia, including her history of England; you can also find in the library catalog an early work, Lady Susan, in a volume with two unfinished novels, The Watsons and Sanditon.)

Jane Austen's novels were first accepted into the Western literary canon in the last century, and even then, though Pride and Prejudice was already being adapted into a movie with Laurence Olivier and Greer Garson in 1940, Austen's fiction's mainstream appeal was arguably not as all-consuming as it was to become after the 1995 mini-series (starring Colin Firth) was aired.

But, as author Deborah Yaffe points out in Among the Janeites:

The Austen spinoff isn't an entirely contemporary invention. Austen herself apparently imagined afterlives for her characters, telling her family  that the fourth Bennet sister, Kitty, would eventually marry a clergyman; that her older sister Mary would settle for a lawyer's clerk; and that Emma Woodhouse's invalid father would die two years after her marriage.  The first authors to attempt an Austen spinoff were two of Jane Austen's nieces: Anna Lefroy, who knew Austen well and consulted her for advice on writing, and Catherine Anne Hubback, who was born the year after Austen's death. As a child, Hubback heard Aunt Cassandra read Aunt Jane's books aloud, and she saw the manuscripts of Austen's unfinished novels, The Watsons and Sanditon.


It's just that there are so many now! Now, a reader looking to immerse oneself in Austen's world can find mysteries where Jane Austen or the Darcys are sleuthing. You can read Amanda Grange's "Jane Austen Heroes" series, with each novel written from the perspective of a different hero - Darcy, Captain Wentworth, Mr. Knightley. There is a series called "Pride & Prejudice Variations" and one called "Brides of Pemberley"; "Fitzwilliam Darcy, Gentleman" has his own series; the "Darcy Saga"; young adult novels based on Jane Austen; "Austen Addicts"; "Jane Austen's Diaries"; "Darcy and Friends"...the list goes on and on. We'll hazard a guess that Pride and Prejudice fanfiction seems by far the most popular.

Here's an overview of some of the Austen-inspired fiction from the library catalog, chosen from Goodreads' "Best Jane Austen Fan Fiction" list. And, if you don't feel like reading, why not try a DVD?

Pride and Prescience, or, A Truth Universally Acknowledged by Carrie Bebris

Jane and the Man of the Cloth: Being the Second Jane Austen Mystery by Stephanie Barron

The Exploits & Adventures of Miss Alethea Darcy by Elizabeth Aston

The Independence of Miss Mary Bennet by Colleen McCullough

The Bad Miss Bennet: A Pride and Prejudice Novel by Jean Burnett

An Assembly Such As This: A Novel of Fitzwilliam Darcy, Gentleman by Pamela Aidan

Prom & Prejudice by Elizabeth Eulberg [YA]

Mr. Fitzwilliam Darcy: The Last Man in the World by Abigail Reynolds [eBook]

Jane Austen as a character

The Lost Memoirs of Jane Austen by Syrie James


Confessions of a Jane Austen Addict by Laurie Viera Rigler

Lost in Austen: Create Your Own Jane Austen Adventure by Emma Campbell Webster

Pride and Prejudice and Kitties: A Cat-Lover's Romp Through Jane Austen's Classic by Jane Austen, Pamela Jane, and Deborah Guyol