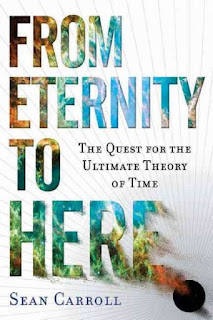 Here are some science and math reads recommended by library staff. Recommendations represent several branches of the scientific community, and many are new books. Book descriptions are written by library staff, unless otherwise noted.

Do you have any science and/or math books to recommend to us? Let us know in the comments!


Atoms Under the Floorboards: The Surprising Science Hidden in Your Home by Chris Woodford
The perfect way to enjoy science from the sofa, Atoms Under the Floorboards introduces you to the incredible scientific explanations behind a variety of household phenomena, from gurgling drains and squeaky floorboards to rubbery custard and shiny shoes. You'll never look at your home the same way again...  ~from the library catalog


The Boy Who Played With Fusion: Extreme Science, Extreme Parenting, and How to Make a Star by Tom Clynes
By the age of nine, Taylor Wilson had mastered the science of rocket propulsion. At eleven, his grandmother's cancer diagnosis drove him to investigate new ways to produce medical isotopes. By fourteen, Wilson had built a 500-million-degree reactor and become the youngest person in history to achieve nuclear fusion. Clynes narrates Wilson's extraordinary journey-- and reveals how our education system shortchanges gifted students, and what we can do to fix it. ~from the library catalog

Beyond: Our Future in Space by Chris Impey
A report on humanity's imminent potential for living in space covers topics ranging from China's 2020 space station and the colonization of Mars to space-elevator innovations and the mapping of Earth-like exo-planets. ~from the library catalog

Hallucinations by Oliver Sacks
Sacks wrote very honestly about his hallucinations, with insights about the brain.

Life on the Edge: The Coming Age of Quantum Biology by Johnjo McFadden
Awesome speculation about the quantum roots of life.  I'm convinced there would be no life without the strangeness of quantum theory, whether or not they've got all the details right.

Love and Math: The Heart of Hidden Reality by Edward Frenkel
This is the personal story of a Jewish Russian mathematician, and what he went through before and after he came here, with a description of his cutting-edge work in math.

From Eternity to Here: The Quest for the Ultimate Theory of Time by Sean Carroll
Deep speculations on the nature of time, and what radical new thinking will be required to understand it better, yet non-technical.

The Only Woman in the Room: Why Science is Still a Boys' Club by Eileen Pollack
Reviewed in Scientific American, this is a first-hand account by a woman struggling for a career in science who faced a lot of sex discrimination.

A Beautiful Question: Finding Nature's Deep Design by Frank Wilczek
Reviewed in Science, this is about the beauty of Nature and the physical description of it by a Nobel prize winner.

The Inexplicable Universe: Unsolved Mysteries [A Great Courses DVD, featuring Neil deGrasse Tyson.]
What is our latest picture of some of the most inexplicable features of the universe? What still remains to be uncovered? What are some of the next avenues of exploration for today's chemists, physicists, biologists, and astronomers? This lecture series is a wonderful entry to scientific pursuits that lie at the very heart of the history and nature of our universe. ~from the library catalog