Each novel is a formidable engine of strategy. It is made to be - a marvel of designing and workmanship, capable of spontaneous motion at the lightest touch and of travel at delicately controlled but rapid speed toward its precise destination. It could kill us all, had she wished it to; it fires at us, all along the way, using understatements in good aim. Let us be thankful it is trained not on our hearts but on our illusions and our vanities.
~Eudora Welty, "The Radiance of Jane Austen"

First there were the Canongate Myths, "[a] bold re-telling of legendary tales — The Myths series gathers the world's finest contemporary writers for a modern look at our most enduring myths," which took us from Ancient Greece to Amazonia, China to Asgard. Soon there will be the Hogarth Shakespeare series, prose ‘retellings’ of Shakespeare’s plays for the modern reader, launching in 2016 to coincide with the 400th anniversary of Shakespeare’s death. But now, there is the Austen Project.

The series might be smaller in scope, with only 6 novels to choose from, but it more than makes up for it in depth. Charlotte Brontë famously dismissed Austen's work as

An accurate daguerreotyped portrait of a common-place face; a carefully fenced, highly cultivated garden, with neat borders and delicate flowers—but no glance of a bright vivid physiognomy—no open country—no fresh air—no blue hill—no bonny beck. I should hardly like to live with her ladies and gentlemen in their elegant but confined houses.


However, there are countless other critics and readers to whom the novels remain beloved classics. Devotees of Austen are often called "Janeites"; this term has been around since 1894, although Austen did not become accepted into the literary canon until the 1930s and 1940s.Venerable names of English literature count themselves as Janeites, including E. M. Forster, P. D. James, and Virginia Woolf, who wrote "The balance of her gifts was singularly perfect. Among her finished novels there are no failures, and among her many chapters few that sink markedly below the level of the others."

Here are are the books that have been published so far by the Austen Project, with Curtis Sittenfeld's version of Pride & Prejudice expected in 2016. 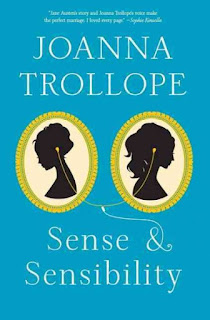 Sense and Sensibility by Joanna Trollope

Reimagining Sense and Sensibility in a fresh, modern new light, [Trollope] spins the novel’s romance, bonnets, and betrothals into a wonderfully witty coming-of-age story about the stuff that really makes the world go around. For when it comes to money, some things never change....

A modern retelling finds bookish minister's daughter Cat Morland joining her well-to-do friends in Edinburgh and falling for an up-and-coming lawyer who may harbor unsettling secrets.

The summer after university, Emma Woodhouse returns home to the village of Highbury, where she will live with her health-conscious father until she is ready to launch her interior-design business and strike out on her own. In the meantime, she will do what she does best: offer guidance to those less wise in the ways of the world than herself. Happily, this summer brings many new faces to Highbury and into the sphere of Emma's not always perfectly felicitous council: Harriet Smith, a naive teacher's assistant at the ESL school run by the hippie-ish Mrs. Goddard; Frank Churchill, the attractive stepson of Emma's former governess; and, of course, the perfect Jane Fairfax.


What do you think of these "retellings"? Are you interested in reading an author's take on Austen's classic novels? Deborah Yaffe, author of Among the Janeites, is decidedly not a fan; in April of this year, she wrote on her blog about The Austen Project turning into "The Austen Fiasco."

*all book descriptions are from the library catalog unless otherwise noted
Posted by abcreader at 8:00 AM