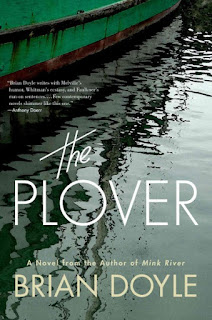 A list of nautical fiction would not be complete without Moby-Dick,  The Old Man and the Sea, C.S. Forester's Hornblower books, Clive Cussler's Dirk Pitt, or the Aubrey/Maturin series by Patrick O'Brian. But it by no means begins and ends there. If you are someone who enjoys reading about maritime adventures, we have plenty of titles that should pique your interest from stem to stern!

Maggie Bright: A Novel of Dunkirk by Tracy Groot

The North Water by Ian McGuire

Hover by Anne A. Wilson


The Abduction of Smith & Smith by Rashad Harrison

The Privateersman by Frederick Marryat [eBook]

The Surfacing by Cormac James


The Ghost of the Mary Celeste by Valerie Martin

The Plover by Brian Doyle

The Whispering Muse by Sjón

The King's Coat: The Naval Adventures of Alan Lewrie by Dewey Lambdin [LP]

The Beast of Cretacea by Todd Strasser [eBook]

His Majesty's Dragon by Naomi Novik

The Terror by Dan Simmons

The Scar by China Miéville [eBook]


The Adventures of Tintin by Hergé
There is a fair amount of seafaring lore in the Tintin books, since one of the main characters in Captain Haddock. Volume 3 has three tales involving the sea and sailors, beginning with The Crab with the Golden Claws and ending with The Secret of the Unicorn; volume 4 begins with the sequel to Unicorn, Red Rackham's Treasure. Volume 6's The Red Sea Sharks is also a standout.