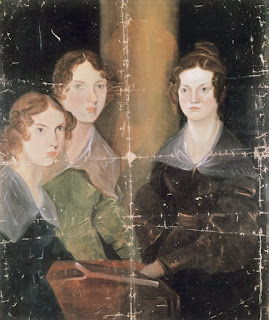 
Wuthering Heights, Emily Bronte's only novel, published in 1847 under the pen name Ellis Bell, is a shock to the system, no matter which state of life you find yourself reading, or re-reading it. I first read this masterpiece when I was a teenager and was transfixed by what I considered an enviable, riveting love story. Re-reading it in midlife, I am able to be able to see how this is also about literally every character being consumed with revenge, trauma, and violence, or gravely impacted by the chaos. Tuberculosis and death also permeate Wuthering Heights, claiming multiple characters. From a 21st century recovery and self-help perspective, Wuthering Heights is also rife with alcoholism and a whole DSM-IV-TR manual of personality and mood disorders.

Set in the 18th century, doomed lovers Catherine Earnshaw Linton and Heathcliff, grow up together on the Yorkshire moors and within the confines of the isolated Wuthering Heights farm. Their story is told from the perspective of faithful servant Ellen "Nelly" Dean, to the current tenant of Thrushcross Grange, the transfixed Mr. Lockwood, our first window, into this tense Gothic standoff of profoundly wounded characters. 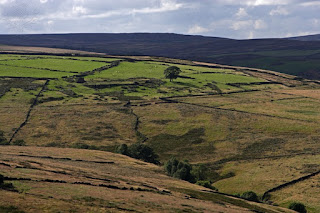 At the center of Wuthering Heights is the mysterious, nameless, gypsy orphan Mr. Earnshaw adopts and renames Heathcliff. The new member of the family is initially hated by Mr. Earnshaw's wife and two children Hindley and Catherine, but Mr. Earnshaw loves Heathcliff even more than his own son Hindley. Heathcliff's Gypsy origins are part of why he is treated with such discrimination and hostility. After Earnshaw's death, Heathcliff is relegated from a son to servant by the jealous Hindley. Catherine foolishly marries pampered neighbor Edgar Linton, despite her deep love and attachment to Heathcliff, who flees Wuthering Heights in a snarl of searing emotional pain and abandonment. 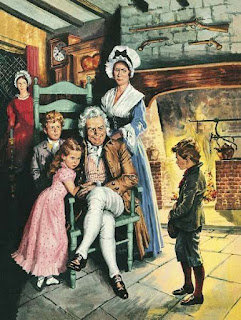 
Emily Bronte's impassioned words from her tormented characters are mini masterpieces strewn throughout the narrative. On the night Heathcliff runs away, Cathy agonizes to Nelly Dean, "I've no more business to marry Edgar Linton than I have to be in heaven and if the wicked man in there had not brought Heathcliff so low I shouldn't have thought of it. It would degrade me to marry Heathcliff now so he shall never know how I love him and that not because he's handsome, Nelly, but because he's more myself than I am. Whatever our souls are made of his and mine are the same and Linton's is as different as a moonbeam from lightning or frost from fire.” 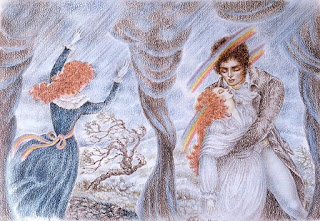 
As a middle aged reader, I remain vexed with Catherine Earnshaw. Given the time this character lives in, her only immediate hope for escaping the most dysfunctional of families is through an advantageous marriage to the lukewarm, prosperous Edgar. Catherine whines to Nelly that she and Heathcliff would be reduced to begging in the street and sells Heathcliff's abilities short, even to the point of thinking that Edgar would be willing to provide for them both. It is possible to see Catherine as backed into a corner or a warped personality. Her marriage to Edgar is seen as a "betrayal of the heart" by Heathcliff. Even Nelly, who raised Catherine, grows exasperated with her selfishness and mood swings.

When a wealthy, successful Heathcliff returns years later, he exacts merciless revenge on the Earnshaws and Lintons, through dispossessing the families and marrying Edgar's sister Isabella Linton. Catherine succumbs to a nervous breakdown, gives birth to a premature daughter, and dies.

Heathcliff's malediction is the crown jewel of Gothic romance: "'May she wake in torment!' he cried, with frightful vehemence, stamping his foot, and groaning in a sudden paroxysm of ungovernable passion. 'Why, she's a liar to the end! Where is she? Not THERE - not in heaven - not perished - where? Oh! you said you cared nothing for my sufferings! And I pray one prayer - I repeat it till my tongue stiffens - Catherine Earnshaw, may you not rest as long as I am living; you said I killed you - haunt me, then! The murdered DO haunt their murderers, I believe. I know that ghosts HAVE wandered on earth. Be with me always - take any form - drive me mad! Only DO not leave me in this abyss, where I cannot find you! Oh, God! it is unutterable! I CANNOT live without my life! I CANNOT live without my soul!'

Heathcliff is portrayed as a veritable ghoul at the height of his deranged obsession with Catherine. He trespasses into her sick room and funeral viewing, ripping a lock of her husband's hair out of her locket and replacing it with his own. When the opportunity arises, during the digging of her husband Edgar's grave, which happens several years after her death, he bribes the sexton to open her coffin, in order to get a glimpse of his long dead beloved.

Heathcliff's festering bitterness carries into the second generation of children, through abuse, forced marriage, and servitude. Violence erupts throughout the book. The orphaned Hareton, who loses his father Hindley to alcoholism, becomes a frightening, foul-mouthed child who hangs puppies from the back of a chair. In modern terms, we'd be contending with a budding serial killer. Heathcliff brutalizes his wife Isabelle, to the point that she escapes to London with their child Linton, whose tubercular condition is exacerbated by his father's cruelty and manipulations when he's unfortunate enough to be returned to Heathcliff after her death.

Edgar's daughter Catherine, Hindley's son Hareton, and Isabelle's son Linton become captives of Wuthering Heights. The warped and sniveling Linton is dispatched by an especially bloody case of tuberculosis, while Catherine and Hareton grow to love and support each other. Heathcliff reacts to this development, by becoming increasingly obsessed with his lost love, to the extent that he ceases to eat, speaks incessantly to her ghost, and perishes after a long night hallucinating and walking on the moors.

In one of Heathcliff's final speeches, his response to Nelly's query about his state of mind is laid bare: "Afraid? No!’ he replied. ‘I have neither a fear, nor a presentiment, nor a hope of death. Why should I? With my hard constitution and temperate mode of living, and unperilous occupations, I ought to, and probably shall, remain above ground till there is scarcely a black hair on my head. And yet I cannot continue in this condition! I have to remind myself to breathe—almost to remind my heart to beat! And it is like bending back a stiff spring: it is by compulsion that I do the slightest act not prompted by one thought; and by compulsion that I notice anything alive or dead, which is not associated with one universal idea. I have a single wish, and my whole being and faculties are yearning to attain it. They have yearned towards it so long, and so unwaveringly, that I’m convinced it will be reached—and soon—because it has devoured my existence: I am swallowed up in the anticipation of its fulfilment. My confessions have not relieved me; but they may account for some otherwise unaccountable phases of humour which I show. O God! It is a long fight; I wish it were over!"

The only hopeful note involves the two survivors, Hareton and Catherine inheriting Wuthering Heights and Thrushcross Grange, and planning to marry on the following New Year’s Day. After Nelly concludes her story, Lockwood visits the graves of Catherine and Heathcliff. This particle of hope was lost on scandalized Victorian readers. One critic from the Eclectic Review declared Wuthering Heights to be "one of the most repellant books we ever read". Readers were perplexed as to how a curate's daughter could write such a haunting and disturbing book.

After Emily's death, her sister Charlotte wrote an introduction for Wuthering Heights that half-apologized for its feral nature. Charlotte wrote: "Under an unsophisticated culture, inartificial tastes, and an unpretending outside, lay a secret power and fire that might have informed the brain and kindled the veins of a hero; but she had no worldly wisdom; her powers were unadapted to the practical business of life. An interpreter ought always to have stood between her and the world."

Of all the Bronte sisters, Emily is my favorite, the one I want to live vicariously through, at least on my most pensively introverted days. She was deeply sensitive, but also known to be extremely anti-social and rough. Her vocabulary and writing powers are sublime. Other than her family and animals, she wasn't known to have friends. Whatever correspondence she left behind, doesn't offer any insight into the inner workings of her brilliant mind. Emily Bronte is an enigma to biographers, but I believe that Wuthering Heights and her poetry are the clearest statements about a writer who used formidable imagination and her love of nature to express something that freed her from the unimaginative constraints of placid Victorian womanhood.


*This post is part of our year-long Brilliant Brontës challenge! To see more posts, search for the labels "Brontë, challenge" in the blog sidebar.

Posted by abcreading at 7:00 PM