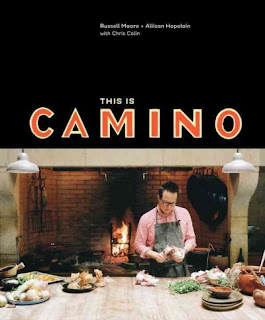 We recently read Ten Restaurants That Changed America, a fascinating study of how American foods, dining habits, and even the role of chefs has changed over time. As you might expect, it had a lengthy section on Alice Waters and San Francisco's Chez Panisse, which touched on topics such as California cuisine versus New American cuisine and what has been called California's "food revolution."

Joyce Goldstein, formerly of Chez Panisse and author of  Inside the California Food Revolution, has this to say about the culinary climate of California in the 1970s:

In California, we decided we would serve things that were in season and local. Restaurants like the French Laundry and Chez Panisse were the first in the country to change the menu every day. We also had self-taught chefs. Everywhere else, people were going to cooking school or working their way up through the ranks. We had a lot of people opening restaurants who had never worked in a restaurant or gone to cooking school. And it was not only chefs who were self-taught. Warren Weber taught himself how to farm organically. Bill Niman learned how to raise animals himself. Laura Chenel taught herself how to make cheese. Steve Sullivan taught himself how to bake bread. We had no rules, and we had an audience to support us. It was an amazing climate. We also had the largest number of women chefs anywhere in the world.


Now, California cuisine is such an accepted idea that you can go on California "culinary adventures" and "culinary retreats." The tastes may have changed a little, statewide, though in 2013 Rick Bayless critiqued San Francisco restaurants for being "all a little bit too alike," and now there are food trucks in the mix; but you can still go to Chez Panisse, and other chefs have embraced "hippie-chic...vegetable-centric...simple ingredients, simply prepared" for their up-and-coming restaurants, and local is still a watchword.

Manresa: An Edible Reflection by David Kinch with Christine Muhlke

Everything I Want To Eat: Sqirl and the New California Cooking by Jessica Koslow  [eBook]

My Pantry by Alice Waters with Fanny Singer