The Good, The Bad, and the Ugly: Book Cover Design 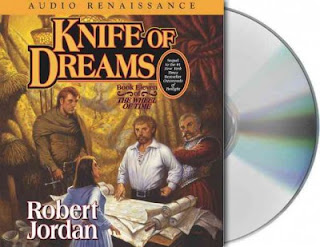 How much do you think about the cover of a book? Have you ever checked out a book just because of its cover? We know you're not supposed to judge a book by its cover, but we think (and it seems like publishers do, too) that their design can have a big impact, which we've talked about on this blog in the past. We can't pretend to be experts on book cover design, but we've come up with some interesting discussions by searching the web, which we've collected below.

Series Book Covers that Have Generated A Lot of eDiscussion

If you poke around online, you can find a lot of different blogs and forms discussing bad cover art. The two series listed below have had a lot of complaints.

Robert Jordan's The Wheel of Time

Why are the U.S. covers so awful? [Dragonmount: A Wheel of Time Community]

The World of Robert Jordan's The Wheel of Time [SF Site]

"Dressing a Refined Story With a Touch of Vulgarity": An Interview With Elena Ferrante's Art Director [Slate]

Of Famous Cover Models, and the Perils of Using Stock Photos

Model Fabio Lanzoni is the most famous cover model we know - if you read romance novels in the 1980s-90s, you most likely saw cover art featuring Fabio. There probably aren't a lot of other easily recognizable faces today, but you might see two books with covers that look strangely similar - because the designer has used stock photos.

Meet the Guy Who Has Been a Hero, a Pirate, a 'Mountain of Molten Lust' [NPR]

Do you find that all book covers these days look disturbingly the same? Do you think you are less likely to pick up a book if the cover is "an eyesore"? Do you feel like "if a cover design is smart and interesting, the book is likely worth it too"? Have you seen some genres change their book cover design to try to market them to a broader audience?

The Decline and Fall of the Book Cover [New Yorker]

By design, you can tell a book by its cover [Chicago Tribune]

Collection of Book Jackets [New York Public Library]
"Despite the fact that dust jackets often include useful information about a book and its author, including biographical notes and often a portrait, it has long been Research Libraries practice to remove the jackets from new books during processing for their permanent place in the stacks. However, from 1926 to 1947, anonymous librarians selected and saved interesting jackets from books of all sorts. Arranged roughly by date published/acquired, these paper covers eventually filled the 22 large scrapbooks presented here."

The Book Cover in the Weimar Republic [The Paris Review]

Are you someone who has strong opinions on book (or dust) jackets? Don't laugh if you're not, because many people do. Also, what's the most radically designed book you've ever seen? Have you seen an edible cookbook? A book made of mirrors? Did you know there's a book made of birch seed paper that you can plant after you read it and grow a tree? Can you imagine a book covered in shells and feathers or in rubber? We've noticed a lot of books lately which wrapped in a half-jacket (or smaller), which is called a "belly band."

My Complicated Relationship To the Dust Jacket [Book Riot]

The Importance of Book Jackets [Biblio]

The Process of Design

Here are a couple of articles which take you through the development of a book's design.

The Evolution of a Book Cover: How Design Changes [Chronicle Books]

Are These the Best Book Covers?

Another old saying is that beauty is in the eye of the beholder. What do you think of these book covers? Do they reach out and grab you and say "Read me!"?

The 60 Best Book Covers of 2016, As Chosen By Designers [Literary Hub]


Are These the Worst?

Most of the lists we found online were "worst book covers and titles," and since we weren't looking at titles (and some of the titles were frankly disturbing) we elected not to include them here. But there still are a few covers that we can't help but find questionable listed below.

The 16 Most Misleading Book Covers of All Time [Bustle]

13 Fantasy Novels That Are Good Despite Their Covers [BuzzFeed]


We hope you've enjoyed our book cover links! What did you think? Let us know in the comments!

I personally judge each book by the author's photo. David Baldacci's author photo game is amazing!