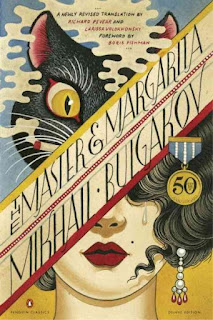 Over three decades of collaboration, Volokhonsky and Pevear have been alone together with Dostoyevsky, Gogol, and Tolstoy, and also with Bulgakov, Chekhov, Leskov, Pasternak, and Turgenev. In a now-famous story, they were brought to the public consciousness when Oprah picked their Penguin Classics translation of Anna Karenina for her book club. As they’ve often explained in interviews since then, their work happens in separate offices. First, Volokhonsky, a native speaker of Russian, produces a complete first draft. Then Pevear, whose spoken Russian is not fluent, revises the draft, working to reproduce the writer’s style coherently in English—'what the French call the language of arrival,' he says. This process is repeated as necessary, draft by draft. 'Translation is a craft that sometimes becomes an inspired craft,' Volokhonsky explains.
~Elina Alter, "Lost in Translation: Richard Pevear and Larissa Volokhonsky"

If you read enough books in translation, you start to realize that the translation (and the translators!) are really important. Sometimes, one book in a series will be translated by someone different, and the pacing or dialogue may seem off. People have read the same book translated by different people and preferred one version over another. In 2013, Buzzfeed writer Jason Diamond recommended "50 Works of Fiction in Translation That Every English Speaker Should Read" - if you're not already reading, say, Scandi noir or other translated literature, that list is a good place to start, as it specifies book and translator (Paste came out with a smaller, but more recent, list last year). If you're interested in reading about the process of translating, check out "The subtle art of translating foreign fiction." Lastly, if you think you might want to become a translator - there's a wikiHow for that!

The University of Rochester/Three Percent has presented the Best Translated Book Awards for fiction and poetry since 2007, if you want to find the cream of the translating crop, but for Russian-to-English, we usually recommend translations by Larissa Volokhonsky and Richard Pevear, "lauded for restoring the idiosyncrasies of the originals—the page-long sentences and repetitions of Tolstoy, the cacophonous competing voices of Dostoevsky." Do you have a favorite translator for Russian literature? Let us know in the comments!

The Master and Margarita by Mikhail Bulgakov

Notes From a Dead House by Fyodor Dostoevsky

The Double; and, The Gambler by Fyodor Dostoevsky

The Idiot by Fyodor Dostoevsky [eAudiobook]

What Is Art? by Leo Tolstoy [eBook]