Pelham Grenville Wodehouse, 1881-1975, is widely considered one of the greatest humorists in the English language. His droll wit and persistent wordplay developed into the distinctive style that has influenced several generations of writers and continues to delight millions of readers. 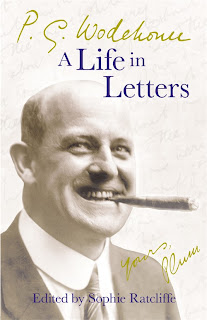 Writing daily throughout his long life, Wodehouse's prodigious output included magazine articles, plays, screenplays, poems, novels, short stories, and song lyrics. Even later in life, he set most of his stories in the "roaring twenties", that time between the wars when an affluent class split their time between city and country homes and often hosted one another for extended stays.

Wodehouse (pronounced "Woodhouse")  created many distinctive characters who are still popular today. But his most lasting character is likely the brilliant, punctilious, and sometimes conniving valet Reginald Jeeves, whose name has entered the language as a generic term for a 'gentleman's gentleman'. In eleven novels and numerous short stories Jeeves attends well-meaning, well-off and footloose Bertie Wooster through a series of comical adventures involving tyrannical aunts, lovelorn school chums, blustering politicians, outrageous wagers, mistaken identities, and farcical brushes with the law. The Jeeves and Wooster stories have been adapted many times for stage, screen, and television, most recently as a Granada Television series starring Stephen Fry as Jeeves and Hugh Laurie as Wooster.

While Jeeves and Wooster are his famous duo (he is on record that he wanted them to have some of the flavor of Holmes and Watson), P.G. Wodehouse created many other memorable characters, some of whom were the subject of ongoing story lines and dozens of novels and short stories:

Rupert Psmith (who added the silent "P" to distinguish himself from all those other Smiths) is an Old-Etonian dandy who shares a series of adventures with his lifelong friend Mike Jackson, a cricketer whom Psmith sometimes accompanies on tour.

The Blandings Castle stories feature the eccentric Lord Emsworth (obsessed with his gardens and his prize-winning pig), his many sisters, and a memorable cast of relatives and servants. 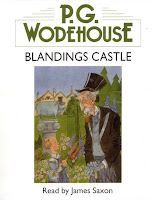 Stanley Featherstonehaugh Ukridge is a charming but rather unprincipled gent always working schemes to gain riches.

Mr. Mulliner holds court in his local pub, telling long and implausible stories about members of his family.

Uncle Fred is an older fellow with a talent for finding trouble.

Archie Moffam (pronounced "Moom") has a millionaire father and a new wife, but few funds. 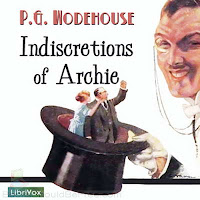 The Drones Club stories involve the sometimes raucous adventures of the members of a social club populated by idle, rich young men. 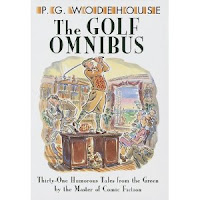 The worlds of the stories sometimes overlap (Bertie Wooster is a member of the Drones Club, and Psmith shows up at Blandings Castle) and all of them may be termed as being in a distinctly Wodehousian universe -- a gentle, humorous world of generally harmless ne'er-do-wells whose worst crimes are stealing a policeman's hat on a bet, and where much of the comedy is of the error variety.

If Wodehouse's plots are sometimes thin and his characters sometimes almost caricatures, it matters not. For Wodehouse excels in wordplay, delights in the possibilities inherent in the language, partners the reader with a wink. Wodehouse doesn't just play with the English language, he sports in it like a dolphin leaping through the waves. Where others employ cliches, Wodehouse co-opts them. He could create and employ several new similes not only per story but per page. Wodehouse fans argue as to their favorite similes and images:

"She had a penetrating sort of laugh. Rather like a train going into a tunnel."

“He had the look of one who had drunk the cup of life and found a dead beetle at the bottom.”

“A melancholy-looking man, he had the appearance of someone who had searched for the leak in life's gas pipe with a lighted candle.”

“She looked away. Her attitude seemed to suggest that she had finished with him, and would be obliged if somebody would come and sweep him up.”

"... the occasions when Aunt is calling Aunt like mastodons bellowing across primeval swamps..."

"Some minds are like soup in a poor restaurant—better left unstirred.”

Wodehouse's works are noted as a rich record of pre-WWII British slang, some of which he created himself. He also drew freely from American vernacular after his many visits to the States.

"I gave Motty the swift east-to-west."

“Intoxicated? The word did not express it by a mile. He was oiled, boiled, fried, plastered, whiffled, sozzled, and blotto.”

"The old lemon throbbed fiercely. I got an idea."

- "This is rummy, Jeeves!'
- "Yes, sir?"
- "Very rummy and dashed disturbing!"
("Rummy" was an especial favorite of Wodehouse's, used heavily in some of the stories.)

- “This club,” I said, “is the limit.”
- “It is the eel’s eyebrows,” agreed young Bingo. “I believe that old boy over by the window has been dead three days, but I don’t like to mention it to anyone.”

Besides the droll wordplay, it is the structure of Wodehouse's writings that makes them so involving. Much of his prose work has a rhythm and meter more often found in poetry, drawing the reader in outside of any content of the text. It is this structure, and the lyricism brought from Wodehouse's songwriting experience, that make his works particularly entertaining when read aloud; Jeeves and Wooster on audiobook make for delightful travel companions.

"In his bearing, as he hurried along the path that skirted the kitchen garden -- in the oily smirk beneath his repellent moustache, in the jaunty tilt of his snub nose, even in the terraced sweep of the brilliantined swamps of his corrugated hair -- there was the look of a man who is congratulating himself on a neat bit of work. Brains, reflected Percy Pilbeam -- that was what you needed in this life. Brains and the ability to seize your opportunity when it was offered to you." (Heavy Weather, chap. 12)

"After the thing was all over, when peril had ceased to loom and happy endings had been distributed in heaping handfuls and we were driving home with our hats on the side of our heads, having shaken the dust of Steeple Bumpleigh from our tyres, I confessed to Jeeves that there had been moments during the proceedings when Bertram Wooster, though no weakling, had come very near to despair." (Joy in the Morning, first sentence/paragraph) 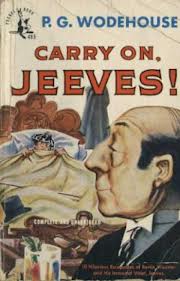 While it was stated above that Wodehouse's characters sometimes approach caricature, that is not completely fair. It is more accurate to say that he consciously showed characters as archetypes, just as stereotypes are used in stock theater: the Juvenile Lead, the Heavy Father/Uncle/Aunt, the Love Interest, the Servant. As a playwright Wodehouse was very aware of the important role each character has in a story, and he casts each one to good effect. His satire is deft and quick, but never mean-spirited. And there is an inherent innocence and playfulness in all of the works, a winking recognition that he is presenting a delightfully daft view of a world that never quite existed. 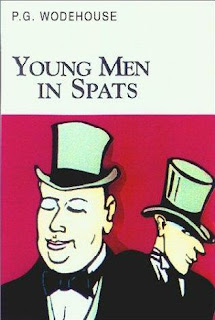 Which is why, even though there may seem to be a wide gap of time, culture, and space, his stories -- set in a 1920s Britain (and, later, America) of public schools, cricket, evening dress, dinner parties, weekend parties, country estates, personal servants and gentlemen's clubs -- still resonate today. Like the best of Shakespeare's comedies, Wodehouse's best humor is timeless, commenting on the human condition in a way to which we can all relate.


Biographies of P.G. Wodehouse
P.G Wodehouse in the ABCLS catalog
Some Wodehouse highlights:
The World of Jeeves -- 34 short stories including "Jeeves Takes Charge" (the story where Jeeves and Wooster meet) and "Bertie Changes His Mind", a story told from Jeeves' viewpoint.
The Inimitable Jeeves -- Bertie - with the invaluable help of Jeeves - helps his friend Bingo Little out of a series of jams.
Leave it to Psmith -- A Psmith / Blandings Castle crossover, with classic country house hijinks revolving around a stolen necklace.
The Most of P.G. Wodehouse -- A sampler offering stories from Wodehouse's most popular series: Jeeves & Wooster, Drones Club, Mr. Mulliner, Ukridge, and Blandings Castle. Also includes some of his golf stories and the novel Quick Service.
For aficianados:
Jeeves: A Gentleman's Personal Gentleman -- A clever, funny "biography" of the world's most famous valet, including Jeeves solving a crime in concert with Hercule Poirot, Lord Peter Wimsey, and Father Brown!
Valet or Butler?
Jeeves, the quintessential "gentleman's personal gentleman",
is a valet (pronounced, in the British style, VAH-let),
a servant / companion attending to one gentleman at home
and while traveling. A butler is in charge of a household and all
of the servants in it, sometimes sharing duties with a housekeeper.

Valets are best known for seeing to the gentleman's
clothing but often also scheduled meals, took care of household expenses,
and made travel arrangements, seeing to these details
so "his" gentleman didn't have to.
﻿
﻿
﻿
Posted by Scott, ABCLS Staff Member at 1:27 PM