Once Upon a Time: Reading Fairy Tales as an Adult 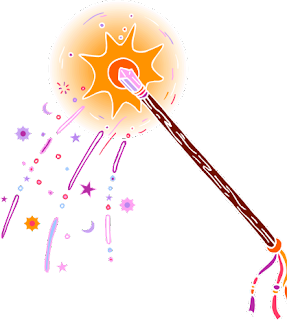 
Lately it seems that fairy tales are coming back to make an appeal to grown-ups, as well as to children.  Disney has long been adapting fairy tales for animated movies and now other studios have gotten in on the action.  This past year saw not one, but two film adaptations of the fairy tale Snow White aimed toward a more adult audience.  (Mirror Mirror and Snow White and the Hunstman.)  More fairy tales will be making their way to the movies in the next few years, some of them giving a darker look to fairy tales than the more lighthearted versions we watched as children.

I have loved fairy tales and folktales my whole life.  These days I take great delight in all the scholarly tomes written on fairy tales, as well as the stories retold for adults.  Even poets got in on the action in the 1960s, when Anne Sexton published Transformations, which featured poems she had written inspired by her daughter's book of fairy tales.

It is fascinating to look at the history of fairy tales and how they have evolved over the world. For example, the story we in the west call Cinderella is a story that was told in China since at least the ninth century C.E. (which makes sense when you consider that impossibly little feet have been revered in China since ancient times.) The story we know as Beauty and the Beast which is considered a fairy tale today was originally written as a novel in 1740 by French author Madame Gabrielle de Villeneuve. The fairy tale we tell today was adapted from that novel and contains elements of the Greek myth of Eros and Psyche, and the Scandinavian story East of the Sun, West of the Moon. Folktales are being adapted to this day, and it is part of what makes them so much fun to read and retell, since you never know what version you may hear. Lots of versions have beautiful illustrations as well.

Reading fairy tales as both a child and an adult have made me appreciate them in different ways.  As a kid I loved the idea of having adventures and mythical creatures coming to life to grant wishes.  As an adult I love the metaphors I find in beloved classics and seeing the characters getting out of tough situations.  I am so glad there are so many authors out there who are retelling fairy tales in their own way!  Check out some of my favorites below:

Fairy tales to appreciate as an adult:

My Mother She Killed Me, My Father He Ate Me: Forty New Fairy Tales edited by Kate Bernheimer
There Once Lived A Woman Who Tried to Kill Her Neighbor's Baby: Scary Fairy Tales by Ludmilla Petrushevskaya
Grimm's Grimmest retold and illustrated by Tracy Arah Dockray
The Bloody Chamber by Angela Carter
Kissing the Witch: Old Tales in New Skins by Emma Donoghue
Black Swan, White Raven edited by Ellen Datlow and Terri Windling
The Book of Lost Things by John Connolly


The study of fairy tales:

From Beast to Blonde: On Fairy Tales and Their Tellers by Marina Warner
The Uses of Enchantment: The Meaning and Importance of Fairy Tales by Bruno Bettelheim
The Witch Must Die: How Fairy Tales Shape Our Lives by Sheldon Cashdan
Clever Maids: The Secret History of the Grimm Fairy Tales by Valerie Paradiz
Little Red Riding Hood Uncloaked: Ten Moral Tales from the Forest by Catherine Orenstein


Fairy tales retold as YA books:


Websites for the fairy tale lover:

surlalunefairytales.com
This is my very favorite fairy tale site!  You can browse lists of fairy tales, including their histories, similar stories told around the world, and adaptations, both past and present.  You can also buy fairy tale themed products here.

worldoftales.com
Browse folktales and fables from around the world and read about the authors who made them popular.  Includes lesson plans for teachers and homeschoolers.

americanfolklore.net
Check out the fables and tall tales told around the United States, including New Mexico folklore.  This is also one of the very best sites to search ghost stories -- something that might come in handy for your Halloween party!

Also, there's this list which has some very good reasons to keep the cycle of fairy tales moving by telling them to children.  Have fun discovering and may you live happily ever after!