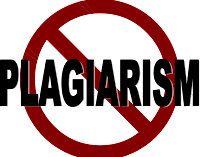 The charge of plagiarizing is a very serious one.  Taking another writer's words and passing them off as your own is theft and high schools and universities suspend and expel students caught plagiarizing their papers.  Punishment can be equally harsh for novels, biographies and memoirs that are published and found to be plagiarized.  Kaavya Viswanathan, who was accused of stealing passages of her book How Opal Mehta Got Kissed, Got Wild, and Got a Life from other authors, was dropped from her two book publishing contract and forced to give back a half million dollar advance.  Viswanathan is a recent example of an author accused of plagiarism.  Here is a short list of other authors accused of plagiarism:
Alex Haley's book Roots, which traced his ancestors back to Africans captured and sold into slavery, was said to have portions copied from his book The African by Harold Courlander.  Haley has said the plagiarism was unintentional, but offered an apology and settled a lawsuit brought by Courlander.

In 1998 James A. Mackay published a biography of Alexander Graham Bell which author Robert V. Bruce said was taken from his book called Alexander Graham Bell and the Conquest of Solitude, which had won a Pulitzer Prize in 1973.  Mackay's book was removed from publication, but in 1999 he was again accused of plagiarizing his biography of John Paul Jones, founder of the US Navy.  Once again he had stolen his work from a Pulitzer Prize winning biography by Samuel Eliot Morison.

Doris Kearns Goodwin has had several books come under question, including The Fitzgeralds and the Kennedys.  She is said to have settled with another writer before that book was published because of a miscommunication of citing sources.  (Not citing sources correctly can be called plagiarism.)

Quentin Rowan's spy thriller, Assassin of Secrets, is said to be just copied sections of other authors' books.  The publisher Little, Brown, and Company pulled the book from shelves and offered refunds to customers who had already bought copies.  Rowan later admitted to copying and pasting paragraphs from novels he liked into work he called his own in a piece he wrote called, "Confessions of a Plagiarist."  He says he did this not just for Assassin of Secrets, but for other writings he had published as his own original work.

Because most writers read so many books it can be hard to find the line where inspiration becomes copying.  Ideas are taken from everywhere, and writing that is based on or expanded on someone else's ideas that already exist is not plagiarism.  Just because something is similar does not necessarily mean that the writer has taken it from another writer.  It seems like there is no end to YA vampire series, but they do not contain the same passages or characters.  Romance writers often write similar plots, but in most instances (there are a few exceptions), the author's work is original.  (Romance author Janet Dailey has admitted to stealing passages from Nora Robert's works.)  The advice has always been to write from your heart, which can be difficult in academic writing or journalism, but is really the best way to find your own voice.

Here are some library books to help you source writing for school or research:
MLA Handbook for Writer's of Research Papers by Joseph Gibaldi
The Facts on File Guide to Style by Martin H. Manser
Writing Research Papers: A Complete Guide by James D. Lester
The Elements of Style by William Strunk Jr. and E.B. White  (Also available in ebook format!)