The magazine market for short fiction has steadily dried up over the last decade or so. Even established and popular authors have a hard time placing their short stories.

But most authors have lots of ideas for short stories, which ideas sometimes demand attention even when the author is working on a longer project.

To fill the gaps left by the waning magazine market, theme anthologies and anthology series have arisen. An editor will be inspired to put together a batch of stories on a theme, then put out a call to authors (usually folks known to that editor, or friends-of-friends) to submit stories.

Theme anthologies allow authors to get those great short story ideas out of their heads and into circulation, and they allow readers to experience works they otherwise likely would not have seen. 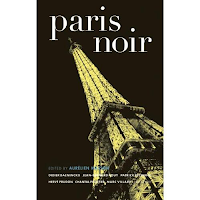 The Noir Series from Akashic Books, started in 2004, draws together stories not only by the noir theme -- dimly-lit, gritty, tense stories of crime and punishment -- but also by locale. Each anthology volume is set in a different city, with each story set in a distinct neighborhood or even a single street within that city, written by an author living in that city. (Or area -- some of the collections, like "Indian Country Noir", have a broader scope.) The stories in each collection are all new, original stories produced for the anthology, some of these collections bolstered by a "Classics" volume collecting the best from the past.

Some of the writers featured in the Noir Series:

Books in the Noir Series - highlighted titles are linked to those in the ABCLS catalog. If there is a title below that we do not have, you may log in to suggest a purchase.