The Enduring Appeal of Abraham Lincoln 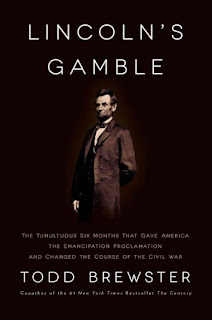 The vast amount of literature on Abraham Lincoln (1809–65) is almost unmatched in the English language, behind only that on Jesus and William Shakespeare. Interest in the 16th president of the United States has never abated, but the bicentennial of Lincoln’s birth (2009) along with the sesquicentennials of the Civil War (2011) and Lincoln’s death (2015) have spurred even more interest in his character and the consequences of his presidency.
~Randall M. Miller, "Lincoln, 150 Years On"

There's still time this year to observe the sesquicentennial of the death of Abraham Lincoln, the 16th President of the United States. There is indeed a wealth of material to delve into - besides the non-fiction list we've assembled below, there have been two recent related feature films, Lincoln and The Conspirator, there's a book and a movie about Abraham Lincoln, Vampire Hunter, and Jennifer Chiaverini, best known for her quilting novels, has been writing loosely related historical fiction set in the Civil War period which directly references the Lincoln family, most notably Mrs. Lincoln's Dressmaker. Our society's fascination with Lincoln extends to our presidents - earlier this year, The New York Times published an article called "Abraham Lincoln, the One President All of Them Want to Be More Like". His funeral train, his hat, his poetry - everything has been discussed, it seems.


The Gettysburg Gospel: The Lincoln Speech That Nobody Knows by Gabor Boritt

Lincoln's Gamble: The Tumultuous Six Months That Gave America the Emancipation Proclamation and Changed the Course of the Civil War by Todd Brewster


Year of Meteors: Stephen Douglas, Abraham Lincoln, and the Election That Brought On the Civil War by Douglas R. Egerton


Team of Rivals: The Political Genius of Abraham Lincoln by Doris Kearns Goodwin

Lincoln's Emancipation Proclamation: The End of Slavery in America by Allen C. Guelzo


Lincoln and the Power of the Press: The War for Public Opinion by Harold Holzer


Lincoln: The Biography of a Writer by Fred Kaplan


Tried By War: Abraham Lincoln as Commander in Chief by James M. McPherson

Lincoln and the Jews: A History by Jonathan D. Sarna and Benjamin Shapell

Lincoln and the Triumph of the Nation: Constitutional Conflict in the American Civil War by Mark E. Neely [eBook]

Lincoln's War: The Untold Story of America's Greatest President as Commander in Chief by Geoffrey Perret

The Eloquent President: A Portrait of Lincoln Through His Words by Ronald C. White, Jr.

House of Abraham: Lincoln and the Todds, A Family Divided By War by Stephen Berry
DVDs


You Are There: Abraham Lincoln's Great Moments


For more new items in the library catalog, try a subject search of "Abraham Lincoln" sorted by date.

App
Abe App
Available for Google Play and iTunes. For students of all ages, an interactive resource produced in conjunction with the Lincoln Presidential Library Foundation.