If You Liked The Girl on the Train, Try Other Novels of Psychological Suspense 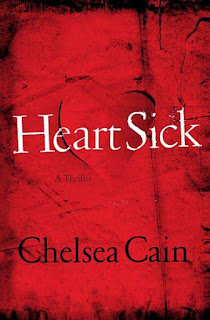 I’ve long been a horror fan, too, but I’ve always been more partial to the less-graphic end of the genre, those titles that blend into psychological suspense, horror’s less gory but equally disturbing sibling. When I wrote about psychological suspense five years ago, it was a poor stepsister to horror with a strong following among readers but not much publisher support. The publication of Gone Girl in 2012 changed all that, and now psychological suspense is one of our hottest genres...These chilling novels play with our minds and leave us wondering—about characters as well as plot resolutions. Authors create nightmare situations that the protagonists seek to escape, but these are internal, psychological monsters rather than external or supernatural ones. These novels create claustrophobic worlds of unease and potential disaster in which characters explore their options and, especially, their obsessions, while readers observe from the outside. There’s a growing sense of foreboding, but the compelling pace stems not from action but from the intensity of the mood. Creepy, unsettling, and disturbing are the words we often choose to describe these books—and how they affect us.
~Joyce Saricks, "At Leisure with Joyce Saricks: Psychological Suspense, Horror's Disturbing Sibling"

Psychological suspense has been around for a long time. Henry James wrote The Turn of the Screw in 1898. Daphne Du Maurier's Rebecca is usually called Gothic fiction, but we think it could fit the definition of psychological suspense, sometimes called psychological thrillers - "a suspenseful movie or book emphasizing the psychology of its characters rather than the plot". Patricia Highsmith, author of Strangers On a Train (on which Hitchcock's classic movie is based) and The Talented Mr. Ripley, and Shirley Jackson are considered masters of the genre, as was the recently departed Ruth Rendell (who also wrote as Barbara Vine).

Now, with the publication of Gone Girl and The Girl on the Train, psychological suspense is back in the spotlight. (There's even a sub-genre specially created to encompass these two titles - "chick noir".) We like psychological suspense because the novels are tricky, like mysteries, and creepy, but not as scary as horror (we're literary cowards that way). For all those looking for more in the same vein as the "Girl" novels, we've created a list of titles recommended by Booklist, Goodreads, and our own literary database, NoveList, that we hope will keep you up late at night with all the lights on for a long time to come.

Master of the Delta by Thomas H. Cook

After I'm Gone by Laura Lippman

The Ghost by Robert Harris

The Keep by Jennifer Egan

In the Lake of the Woods by Tim O'Brien

The Book of You by Claire Kendall

Until You're Mine by Samantha Hayes

Before I Go to Sleep by S. J. Watson

Help for the Haunted by John Searles

The Night Following by Morag Joss

The King of Lies by John Hart

Season to Taste by Natalie Young

The Kind Worth Killing by Peter Swanson

Before We Met by Lucie Whitehouse