The World of Language, and Languages of the World 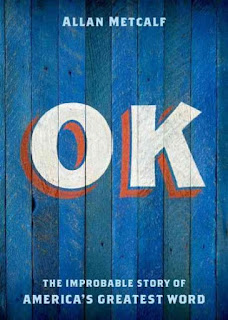 These words are too solid
They don't move fast enough
To catch the blur in the brain
That flies by and is gone...

I won't use words again
They don't mean what I meant
They don't say what I said
They're just the crust of the meaning
With realms underneath
Never touched
Never stirred
Never even moved through
~Suzanne Vega, " Language"

Language! We use it all day, every day, to communicate thoughts, needs, desires. Sometimes we use words wisely, sometimes not so much. Some of us can speak more than one language, be it fluently or more of "Spanglish." However you are using words to communicate, have you considered how some of these words came to be? Or, how language varies from place to place? Somehow, until high school French class, it never occurred to us that animal noises changed with language - that "cock-a-doodle-do" wasn't universal. (We've heard learning a foreign language can increase the size of your brain, and frankly, we're not surprised.) We've been thinking a lot lately about the best way to use our words and the best words to use, though we're not sure we're going to give up using words like Suzanne Vega. Instead, why not learn about language?

As the staff writers at Online College will tell you, "Language pervades everything, building and destroying as time marches ever forward. And while even the most learned scholars can't even begin to fully explain its physiology, origins, structures and pretty much every other component, they've certainly done a pretty lovely job scratching the surface." Here are some books that should help open your brain to the world of language:

Found in Translation: How Language Shapes Our Lives and Transforms the World by Nataly Kelly and Jost Zetzsche

Flirting With French: How a Language Charmed Me, Seduced Me & Nearly Broke My Heart by William Alexander

In Other Words by Jhumpa Lahiri; translated from the Italian by Ann Goldstein

When In French: Love In A Second Language by Lauren Collins

The Story of Ain't: America, Its Language, and the Most Controversial Dictionary Ever Published by David Skinner

La Bella Lingua: My Love Affair With Italian, The World's Most Enchanting Language by Dianne Hales

Lingo: Around Europe In Sixty Languages by Gaston Dorren ; with contributions by Jenny Audring, Frauke Watson, and Alison Edwards (translation)

Speaking American: How Y'all, Youse, and You Guys Talk - A Visual Guide by Josh Katz

Words to Eat By: Five Foods and the Culinary History of the English Language by Ina Lipkowitz

Talking Hands: What Sign Language Reveals About the Mind by Margalit Fox

What the F: What Swearing Reveals About Our Language, Our Brains, and Ourselves by Benjamin K. Bergen

Language Visible: Unravelling the Mystery of the Alphabet From A to Z by David Sacks

In Other Words: A Language Lover's Guide to the Most Intriguing Words Around the World by Christopher J. Moore

Through the Language Glass: Why the World Looks Different in Other Languages by Guy Deutscher

Is That a Fish In Your Ear?: Translation and the Meaning of Everything by David Bellos

Don't Sleep, There Are Snakes: Life and Language in the Amazonian Jungle by  Daniel L. Everett


Empires of the Word: A Language History of the World by Nicholas Ostler


If you are interested in learning a new language, do check out our eResource Pronunciator!