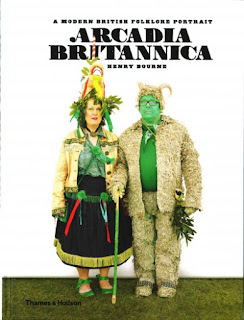 This royal throne of kings, this sceptred isle,
This earth of majesty, this seat of Mars,
This other Eden, demi-paradise,
This fortress built by Nature for herself
Against infection and the hand of war,
This happy breed of men, this little world,
This precious stone set in the silver sea,
Which serves it in the office of a wall
Or as a moat defensive to a house,
Against the envy of less happier lands,--
This blessed plot, this earth, this realm, this England.
~William Shakespeare, Richard II

Tea, The Office, fish and chips and The Beatles. That's only a sampling of all the wonderful things our friends across the pond have to offer. If you're interested in knowing more about the British way of life, then you're probably an Anglophile.
~"How To Be an Anglophile" on eHow

There's no exact scale of Anglophilia, no telling what triggers it in people. Maybe you got sucked in by foodies like Nigella Lawson and Jamie Oliver, and now you know the difference between high tea and afternoon tea, and like to bring trifle to potlucks. Maybe you just like to watch Premier League football. Perhaps it was a love of English literature that awakened the Anglophile in you - Trollope? Hardy? Sue Townsend? Harry Potter? Or was Masterpiece your gateway to the British Isles? Doctor Who? James Bond?  (Full disclosure: these actually contributed to our own Anglophilia.) We're not alone in our admiration - Voltaire was an early adopter, and Germany, despite its knotty history with England, shows even today a deep reverence towards the very English Shakespeare - though Christopher Hitchens made some scathing remarks about Anglophiles. Whatever brought you to appreciate all things English, or to want to read about Anglophilia, you can rest assured that the library catalog supports your quest - except in spelling, because generally we stick to American spelling ("color" rather than "colour", etc.).

You can find a plethora of items in the library catalog on British history, genealogy, folk tales, art, empire, novels, guidebooks, war, monarchy, television, and the like; for our list below we've chosen a few more obscure titles, for the discerning Anglophile. Hope you find something to  add scope and depth to your admiration, or at least to entertain you enough that you don't turn Anglophobic!

Taste: The Story of Britain Through Its Cooking by Kate Colquhoun

Afternoon Tea at Home by Will Torrent

British Invasion: How The Beatles and Other UK Bands Conquered America by Bill Harry

Britpop!: Cool Britannia and the Spectacular Demise of English Rock by John Harris

How to Speak Brit: The Quintessential Guide to the King's English, Cockney Slang, and Other Flummoxing British Phrases by Christopher J. Moore

That's Not English: Britishisms, Americanisms, and What Our English Says About Us by Erin Moore

Red or Dead by David Peace

Empire of Secrets: British Intelligence, the Cold War, and the Twilight of Empire by Calder Walton

Shooting Victoria: Madness, Mayhem, and the Rebirth of the British Monarchy by Paul Thomas Murphy

The Fishing Fleet: Husband-Hunting in the Raj by Anne de Courcy

any book by Liza Picard

Hedge Britannia: A Curious History of a British Obsession by Hugh Barker [eBook]

How the Heather Looks: A Joyous Journey to the British Sources of Children's Books by Joan Bodger

The Anglo Files: A Field Guide to the British by Sarah Lyall

The Art of the English Murder: From Jack the Ripper and Sherlock Holmes to Agatha Christie and Alfred Hitchcock by Lucy Worsley