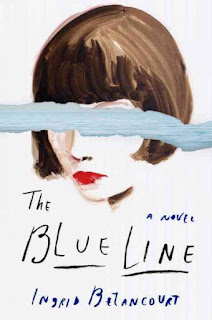 Historical pastiche is one of our most important art forms, cutting across all media. We come to know it best through what we might call “decade-ism,” the artistic practice of parceling out history in ten-year spans. There is a menu of decades to choose from, and an audience with sophisticated tastes in recent period detail waiting to sample the latest clever, self-aware tweaking of classic ingredients.
~Nicholas Dames, "Seventies Throwback Fiction"

When Booklist suggested reading books set in the '70s as the "perfect backdrop for your ’70s-era reverie" following the death of David Bowie earlier this year, we confess we were intrigued. In some ways historical fiction set in the '70s hits dangerously close to home - don't know about you, but it hurts a little bit that our lifetime is considered "history". However, it is ripe for the picking, plot-wise - an era of increasing social progressive values, oil crisis, increased violence in the Middle East, the Vietnam War coming to an end, more decolonization in Africa, revolution in Cambodia and Iran, the rise of the use of terrorism by militant groups such as the Baader-Meinhof, military dictatorships arising in South America, Jonestown, the first child was born by in vitro fertilisation (IVF), the Kent State shootings, second-wave feminism...and much more. Disco and punk, prog rock and glam rock dominated the airwaves and clubs, even as the world mourned Jim Morrison, Janis Joplin, Elvis Presley, Jimi Hendrix. On the big screen we watched Jaws, Star Wars, The Godfather, Rocky, Annie Hall, Kramer vs. Kramer, and The Rocky Horror Picture Show was born; on the small screen there were shows like The Brady Bunch, Sanford and Son, Wonder Woman. HBO was born in 1972. Kids were playing Space Invaders for the first time. It was also the beginning of the Me Generation - folks were wearing bell-bottoms and turtlenecks, sideburns and feathered hair, to go to hot tub parties and self-help programs. People embraced jogging. Streaking was a thing.

How do you feel about fiction returning to the '70s? Do you feel "interested in how the books portray an era [you] lived through, while younger people might be interested in learning more about the social and political turmoil of the time"? Or, like Nicholas Dames in the article quoted above, that "[t]he novelists who have lately returned to the Seventies seem to be making a stronger claim: that there is something uniquely vital to the decade, and in fact uniquely to be missed"? Are you more interested in novels that deal with coming of age, politics and social change, or stories set in different parts of the world? We have compiled a list of recent novels set in the 1970s which we hope evoke the era for you, whether they are awakening memories or stimulating newfound interest in the issues of another generation.

Everything I Never Told You by Celeste Ng

Only Love Can Break Your Heart by Ed Tarkington

The Girl Who Slept With God by Val Brelinski


Man at the Helm by Nina Stibbe

The Flamethrowers by Rachel Kushner

Our Young Man by Edmund White

The Sympathizer by Viet Thanh Nguyen

A Brief History of Seven Killings by Marlon James

The Blue Line by Ingrid Betancourt

The Book of Memory by Petina Gappah

Now And In the Hour of Our Death by Patrick Taylor

The Best Selling Novels of the 1970s [Ranker]