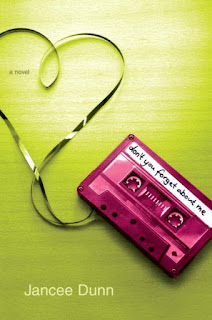 Forgive us our nostalgia. All of us. When I was kid, I bemoaned my parents’ lionization of the 50s and 60s, but now here I am, approaching middle age, and I’m spending an awful lot of time reflecting on the good-old-days, which we all know were actually the 80s. At least I have an excuse. My latest novel for young readers, The Riverman, is set in 1989. And while it isn’t explicit in its pop culture references—sorry, Bobby Brown’s “My Prerogative” does not play on the radio during any key scenes—the narrative is infused with atmosphere of the period. These were the days when the Berlin Wall was falling and TV talk shows were warning us that if we didn’t die of marijuana addictions then satanic cults would get us in the end. It was the last gasp of hair bands and Porky’s movies and the first gasp indie rock and Steven Soderbergh films. A moment of great transition, at least that’s what it felt like to a 13-year-old.
~Andy Starmer, "8 Book Recommendations Based on Your Favorite 80s Movies"

The 1980s are often remembered as the era that gave us Walkmen, video games, the mullet, and Madonna; the Rubik's Cube, acid-washing, MTV, and Yuppies; Cabbage Patch Kids, New Coke, and movie blockbusters. An era that was coming down, socially and culturally, from the idealism of the 1960s and the excesses of the 1970s into its own self-centered materialistic consumerism. We had big hair and wore shoulder-pads a lot. There were preppies, and Valley Girls, and Goths. Michael Jackson moonwalked and John Hughes gave us the teenage psyche on film.

But, there was also famine in Ethiopia, war in Afghanistan and Iraq and the Falklands, glasnost in the USSR, protests in China's Tianamen Square - seems like we spent a lot of time in front of the television watching live news coverage of tragedy. Mount St. Helens erupted and we lost the Challenger space shuttle. There were environment disasters in Bhopal and Chernobyl, assassination attempts on the American president and the Pope, and Anwar el-Sadat, Olof Palme, Indira Gandhi. and Benigno Aquino, Jr. were killed. We heard of gene therapy and surrogate parenting for the first time; we read about "bag ladies" for the first time and "Just Say No".

Let's go "Back to the Future" with a list of recent books set in the 1980s - featuring a story set in the SoHo art world as New York City reinvents itself; a crime novel set in the height of Catholic IRA and Protestant paramilitary factions conflict in Northern Ireland;a "tender and mournful"* novel set during political turmoil in South Korea; a real-life Rolling Stone reporter writes "reunion lit"*; a bed-ridden Turkish widow looks back at her life; Lloyd's of London is embroiled in corporate malfeasance; a young man comes of age in a "legendary African American enclave" on Long Island; and beyond.


Tuesday Nights in 1980 by Molly Prentiss

Off Course by Michelle Huneven

I'll Be Right There by Kyung-Sook Shin

The Hunger and the Howling of  Killian Lone by Will Storr

Paris Was the Place by Susan Conley

My Name is Lucy Barton by Elizabeth Strout

Don't You Forget About Me by Jancee Dunn

Inheritance of Loss by Kiran Desai

Eleanor & Park by Rainbow Rowell [YA]

Paint It Black by Janet Fitch

Walks With Men by Ann Beattie

My Sunshine Away by M.O. Walsh

An Absolute Scandal by Penny Vincenzi

What Was Lost by Catherine O'Flynn

A Teaspoon of Earth and Sea by Dina Nayeri

The Unseen World by Liz Moore

Miles from Nowhere by Nami Mun

The Fall of Princes by Robert Goolrick

Books Set in the Eighties [Goodreads]

*from the library catalog

Posted by abcreader at 7:00 AM