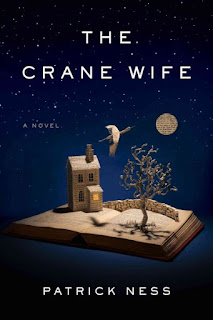 I've only ever really wanted to be a writer... I made up stories all the time when I was young, though I was usually too embarrassed to show them to anybody. That's okay if you do that; when you're ready, you're ready. The important thing is to keep writing.
~Patrick Ness' Biography on Scholastic.com

Patrick Ness is an author of primarily Young Adult fiction holding dual U.S. and British citizenship - he moved to England in 1999, aged 28, shortly after publishing his first story. He's won several literary prizes, including the Carnegie Medal twice (he is one of seven writers to win this medal twice, and no one has won three), the Costa Children’s Book Award, and the Guardian Children’s Fiction Prize.

Patrick Ness dislikes onions, has a tattoo of a rhinoceros, has run three marathons, and the most dangerous book he ever read was The Color Purple:

I was a white, sheltered, male suburban teen given two fully loaded barrels of feminism, racial history, slavery, tenderness, the beauty of sexuality, and (incidentally) formal experimentation. Aged 14, pre-internet, I won’t pretend I understood everything, but the world of reading was suddenly so much bigger, suddenly so much more intriguingly, properly dangerous, that I was never the same again. A genuinely mind-expanding book.


In September 2015, after the photograph of the deceased three-year old refugee Aylan Kurdi was published, Ness was instrumental in raising £659,755 to help asylum seekers, particularly children, along with authors like Suzanne Collins and Philip Pullman. In October 2015, he announced that he would be writing a Doctor Who spinoff, Class.

The movie based on his novel A Monster Calls (for which he wrote the screenplay) will be released in October 2016.

More Than This [eBook]

The Rest of Us Just Live Here [eBook, eAudio]

The Ask and the Answer [eBook, eAudio], audiobook]