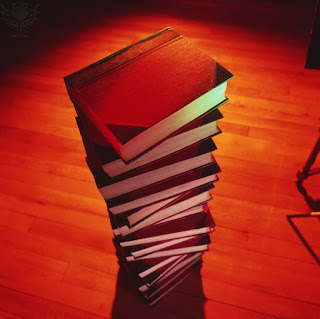 In 2012, a group of curators and subject experts in the Library of Congress developed the institution's popular exhibition, Books That Shaped America. The books chosen were not intended to be a list of the "best" books published in the United States. Rather, the group chose eighty-eight core books by American authors that had, for a wide variety of reasons, a profound effect on American life. Knowing that opinions can be as varied as the number of people you ask, we urged the public to name "other books that shaped America" and to tell us which of the eighty-eight core books on our list were most important to them. That survey forms the basis of this exhibition, America Reads.
~from the America Reads exhibition overview

The list of the Books That Shaped America is quite lengthy and and the America Reads list runs to 65 items, so we have opted not to reproduce them here. However, we will share with you the top America Reads titles, chosen by public survey, and the top titles from the Books That Shaped America list, chosen by "[c]urators and experts from throughout the Library of Congress".  These lists were both created by the Library of Congress. What do you think of these lists? Are there other books you think have shaped America more, or books you think don't belong on these lists? Do you think it's impossible to come up with an all-inclusive list in the first place? Let us know in the comments!