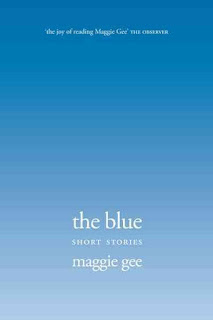 Maggie Gee is a British author who has written 11 novels.1 short story collection, and a memoir. In 1983, she made Granta's Best of Young British Novelists list, a group which included Martin Amis, Pat Barker, Julian Barnes, William Boyd, and Rose Tremain; in 2004 she became the first female chair of the Royal Society of Literature; in 2012 she was appointed an Officer of the Order of the British Empire (OBE) for services to literature. Her daughter is the writer Rosa Rankin-Gee.

Maggie Gee's fiction has touched on world wars, ecological catastrophe, dystopia, satire, and racism, but "her books are always funny as well as serious." She has been a judge for many prizes, including the Man Booker, and has herself been on the short list for the Bailey's Women's Prize for Fiction and the International Dublin Literary Award (both for The White Family). She teaches creative writing at Bath Spa University, where she shares an office with fellow professor and author Fay Weldon. [Wikipedia] Her research interests include evolutionary biology and the visual arts.

You can watch a video her at Meet the Author UK, discussing her short story collection, and see a picture of her study in the Guardian's "Writers' Rooms" series. She is not the Maggie Gee who was a Chinese-American aviator during WWII, though a literary festival once made that mistake.


The Blue [eBook]
The people in The Blue, Maggie Gee’s first collection of short stories, try and often fail to understand the world, freeing themselves by small acts of courage, love or folly. A journalist decides to convert an evangelist in mid-air; a solicitor gives up his day job to help young artists; a Middle Eastern woman shocks her children as she walks through the heat towards the sea; a man, in a moment of madness, cuts down his neighbour’s tree. These subtle fables of everyday life are set against an intricate global backdrop where life is harder for outsiders. Exquisitely written and aerated by comedy, they show human beings who struggle to live good lives.

My Driver [eBook]
Vanessa Henman, a plucky but accident-prone white writer, flies from London to Uganda for an African writers' conference. She also means to visit her former cleaner, Ugandan Mary Tendo, now the successful Executive Housekeeper of Kampala's up-market Sheraton Hotel. But Mary has her own agenda: her son Jamil is missing, and she has secretly summoned Vanessa's beloved ex-husband Trevor, a plumber, to her home village to build a new well. Vanessa sets off alone on safari to distant Bwindi Impenetrable Forest to see the mountain gorillas. But she quarrels with her driver and a bloody war closes in.

The White Family [eBook]
Alfred White, a London park keeper, rules his home with a mixture of ferocity and tenderness that has estranged his three children. But family ties are strong, and when Alfred collapses on duty one day, they rush to be with him. His daughter's partner, Elroy, a black social worker, is brought face to face with Alfred's younger son Dirk, who hates and fears all black people, and the scene is set for violence, forcing Alfred's wife May to choose between justice and kinship. This groundbreaking novel takes on the taboo subject of racial hatred as it looks at love, hatred, sex, comedy and death.

My Cleaner [eBook]
Ugandan Mary Tendo worked for many years in the white middle-class Henman household in London, cleaning for Vanessa and looking after her only child, Justin. More than ten years after Mary has left, Justin – now twenty-two – is too depressed to get out of bed. To his mother's surprise, he asks for Mary. When Mary responds to Vanessa's cry for help and returns from Uganda to look after Justin, the balance of power in the house shifts dramatically. Both women's lives change irrevocably as tensions build towards a climax on a snowbound motorway.