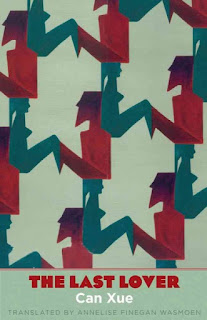 In the library, a lot of books with blurbs that say they are "international bestsellers" or "by internationally best-selling authors". Many of these are books you'd probably recognize, such as those by J. K. Rowling/Robert Galbraith, Elena Ferrante, Stephen King, Haruki Murakami, JoJo Moyes, Andrea Camilleri, Paula Hawkins, Lee Child, David Lagercrantz (for his continuation of Stieg Larsson's Millennium series). But we found it difficult to find an "international bestseller" list, even after employing other search terms ("global", "world", "foreign fiction").

Most countries have their own bestseller lists, and it seems like many books from other nations don't get translated for our consumption, or if they do, it takes a long time for them to show up in our bookstores and libraries. According to a Guardian article, "Just 3% of books published in the UK have been translated from a foreign language" - one wonders if the stats for the USA would be similar? Even books that don't require translation, such as those from England and Australia and New Zealand, are sometimes hard to find in this country. You can watch Vera the mystery series, but you can't find the Ann Cleeves novels on which they are based (Silent Voices was finally published here in 2013 - it's book 4 of 7, randomly) - though you can read the author's Shetland mysteries. That is a mystery to us!

"Are there books that are indeed too culturally specific to sell well across borders? I suspect there are. But the publishing industry is so finely tuned these days that virtually any book with potential to sell will get a good look; those that don’t are the ones that will remain locked within their own borders," Edward Nawotka wrote in Publishing Perspectives in 2013.What do you think? With the Man Booker International Prize longlist recently announced, we've compiled a list of some international bestsellers, literary prizewinners from other countries, and recommended titles from around the world that you might have missed and that we hope will capture your imagination. Do they translate for you? Let us know in the comments!

Love in Lowercase by Francesc Miralles

The Rainbow Troops by Andrea Hirata; translated from the Indonesian by Angie Kilbane
As of 2013, Indonesia’s best-selling book of all time.


The Truth About the Harry Quebert Affair by Joël Dicker; translated from the French by Sam Taylor


1914 by Jean Echenoz; translated from the French by Linda Coverdale


The Big Green Tent by Ludmila Ulitskaya; translated from the Russian by Bela Shayevich


The Confessions of Noa Weber by Gail Hareven; translated by Dalya Bilu [eBook]
All That I Am by Anna Funder


Ten White Geese by Gerbrand Bakker; translated from the Dutch by David Colmer


The Life Intended by Kristin Harmel


Lineup by Liad Shoham; translated from the Hebrew by Sara Kitai

The Truth and Other Lies by Sascha Arango

The Keeper of Lost Causes by Jussi Adler-Olsen

The Dressmaker by Rosalie Ham

Stone Upon Stone by Wiesław Myśliwski; translated from the Polish by Bill Johnston

Europe in Sepia by Dubravka Ugresic; translated from the Croatian by David Williams

The End of Days by Jenny Erpenbeck; translated from the German by Susan Bernofsky


Signs Preceding the End of the World by Yuri Herrera; translated by Lisa Dillman

The Summer Book by Tove Jansson; translated from the Swedish by Thomas Teal


The Last Lover by Can Xue ; translated by Annelise Finegan Wasmoen


The Blood Brothers: A Novel of Berlin Gang Life by Ernst Haffner; translated by Michael Hofmann

"The Dirty Dust is consistently ranked as the most important prose work in modern Irish, yet no translation for English-language readers has ever before been published." [library catalog]

The Year of the Hare by Arto Paasilinna ; translated from the Finnish by Herbert Lomas


Good Morning Comrades by Ondjaki ;translated from the Portuguese by Stephen Henighan [eBook]


Seconds Out by Martin Kohan ; translated from the Spanish by Nick Caistor [eBook]

The Best-Selling Books in 10 Countries Around the World [Flavorwire]