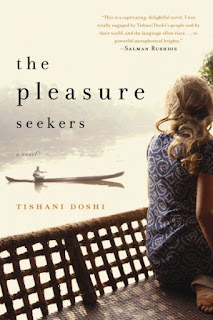 Readers will probably be familiar with the Indian writer Arundhati Roy (winner of the Man Booker Prize in 1997), the British Indian writer Salman Rushdie, and Indian-American writers like Chitra Banerjee Divakaruni and Jhumpa Lahiri. Or perhaps you like to watch Monsoon Wedding and Bollywood films, eat Indian food, listen to Indian music, or have even been to India. Even if you aren't too familiar with Indian culture or writers, if you enjoy multicultural reads, we have some suggestions for you!

Most of the suggested reads are by Indian authors or authors of Indian heritage, but we have included some books by non-Indian writers who have lived in India or have ties to the Indian sub-continent.

Child of Spring by Farhana Zia

Hope is a Girl Selling Fruit by Amrita Das

Climbing the Stairs by Padma Venkatraman

Boys Without Names by Kashmira Sheth

The Grand Plan to Fix Everything by Uma Krishnaswami

The Artist of Disappearance: Three Novellas by Anita Desai

The Pleasure Seekers by Tishani Doshi

The Case of the Missing Servant: From the Files of Vish Puri, India's "Most Private Investigator" by Tarquin Hall

The Mango Season by Amulya Malladi

The Accidental Apprentice by Vikas Swarup

The Journey by Indira Ganesan

The City of Devi by Manil Suri

If Today Be Sweet by Thrity Umrigar

The Twentieth Wife by Indu Sundaresan

An Equal Music by Vikram Seth

The Writing On My Forehead by Nafisa Haji

My Revolutions by Hari Kunzru

The Sleepwalker's Guide to Dancing by Mira Jacob

The library catalog also features many films set in India, including Bollywood movies!

The 17 Best Indian Novels and Travel Books [The Independent]

Great list! Another good one is White Tiger by Aravind Adiga.

Another option: Behind the Beautiful Forevers by Katherine Boo