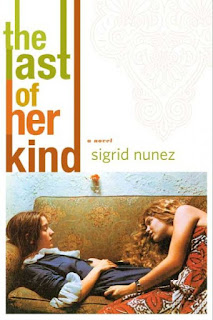 Sigrid Nunez is an American writer of German and Chinese-Panamanian descent, the author of six novels and a memoir, and a contributor to numerous anthologies and literary magazines. Her first book, 1995's A Feather on the Breath of God, was a finalist for the PEN/Hemingway Award for First Fiction and also received the Association for Asian American Studies Award for best novel of the year. Her memoir is about  living with her mentor, Susan Sontag, in the 1970s, while briefly dating Sontag's son, David Rieff. Nunez has taught at several universities and at the Bread Loaf Writers' Conference. She was born, raised, and currently resides in New York City.

You can read some of her stories, essays, and interviews online using links from her website. Oprah.com features a video of Nunez called "Your Best Defense Against Loneliness and Heartbreak".

Nunez's "major preoccupations as a novelist have been language, memory, identity, class, and writing itself." Salon's Andrew O'Hehir has this to say about her novel The Last of Her Kind:

What begins as an enjoyable comedy of manners about the overly intense friendship between two Barnard College freshmen in 1970 — part Mary McCarthy, part Joan Didion — gradually adds sinew, steam and texture. Building in scope and excitement as it goes, it blossoms into a powerful and acute social novel, perhaps the finest yet written about that peculiar generation of young Americans who believed their destiny was to shape history.


Why not give one of Nunez's "satisfying, provocative" works a try?

A Feather on the Breath of God
A young woman looks back to the world of her immigrant parents: a Chinese-Panamanian father and a German mother. Growing up in a housing project in the 1950s and 1960s, she escapes into dreams inspired both by her parents' stories and by her own reading and, for a time, into the otherworldly life of ballet. A yearning, homesick mother, a silent and withdrawn father, the ballet--these are the elements that shape the young woman's imagination and her sexuality. It is a story about displacement and loss, and about the tangled nature of relationships between parents and children, between language and love. [Goodreads]


Naked Sleeper
Feckless, nervous, irresolute, often troubled with insomnia, Nona longs for a life of firm purpose, order, and dignity. Why, though happily married, does she fly across the country to pursue a man she hardly knows, whom she intuitively mistrusts and does not even much care for? In the aftermath of this  calamity, Nona separates from her husband and undergoes a period of intense self-examination.  Meanwhile, she struggles to complete a book about her father, a painter, who died when she was a child. Out of both projects, her work of introspection and her work of memory, arise thorny questions about love, identity, and destiny. Naked Sleeper...is the story of a woman's search for self-knowledge, for understanding of others, and for an answer to the imperative question: How should she live?


The Last of Her Kind
The Last of Her Kind introduces two women who meet as freshmen on the Barnard campus in 1968. Georgette George does not know what to make of her brilliant, idealistic roommate, Ann Drayton, and her obsessive disdain for the ruling class into which she was born. After the violent fight that ends their friendship, Georgette wants only to forget Ann and to turn her attention to the troubled runaway kid sister who has reappeared after years on the road. Then, in 1976, Ann is convicted of murder. At first Ann's fate seems to be the inevitable outcome of her belief in the moral imperative to "make justice" in a world where "there are no innocent white people." But in searching for answers to the riddle of this friend of her youth, Georgette finds more complicated and mysterious forces at work.

Salvation City [eBook]
Seeking refuge in the home of an evangelical pastor after a flu pandemic decimates the planet's populations, thirteen-year-old orphan Cole witnesses the community's preparations for a prophesied religious cataclysm and struggles with memories of a very different world.  [library catalog]

*All book descriptions are taken from the book blurb unless otherwise noted.